UPDATE: Scamraiders Investigators have uncovered, through public records and court documents, the identity of the plastic surgeon involved in this case -- John Weston Siebert. Click here for more >>

Jim, our founder, a plaintiff in these cases, will not comment to us at this time, on this first matter, due to a supposed “gag” Order, issued by Supreme Court Judge Beeler in December 2005. One can only wonder why there should be a gag order in connection with a litigation of this type were a defendant owes an agreed-to large sum of money to a plaintiff. What does the defendant doctor have to hide? Shouldn’t a doctor pay his obligations?

Isn’t a legitimate creditor within his legal rights to expose

a person who agreed to pay money he owes and then repeatedly doesn’t pay and defaults, and then lies about it? Although the gag Order has been violated by this doctor and his lawyer repeatedly, Jim intends to comply with it. Did this doctor through fraud, aided by his lawyers, avoid paying taxes?? Did this doctor commit major tax fraud and evade millions of dollars in taxes by secreting undeclared income? Did this doctor intentionally file false Federal & State tax returns? Did this doctor, through corruption and tampering with courts an 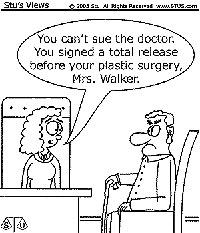 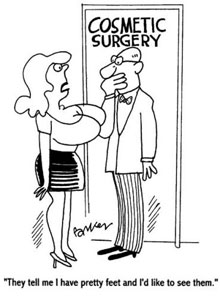 concert with his lawyer and others, thus far avoid over $20 million in documented and admitted to obligations due to Jim Couri and his affiliate companies? Our investigators have reviewed and continue to review and copy the voluminous files in this case, as the files are not sealed. Most of these commitments and obligations are evidenced by Agreements, Resolutions, and Notes created by the doctor himself and or his lawyers. Why is the Unified Court System protecting this man's conduct, and turning a blind eye to the doctor’s frauds, tampering, and fraudulent counterclaims? This doctor under the direction of his lawyers also executed general releases in favor of Jim and affiliate companies.

How can the courts condone the doctor’s violations and defaults, and ignore releases? We are conducting a full investigation into these cases and court files. Stay tuned.