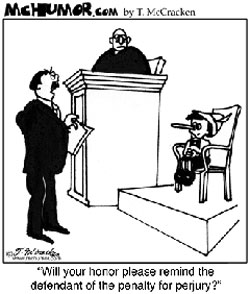 A New York lawyer and a former employee and lawyer for Helmsley, who was caught and confessed to his forgery of Jim’s signature on court filings before Unified Court Justice Richard Lowe, in 1995. What was Zuckerman's role in this Pavia/Gomez theft of Jim's medical settlement? Remember, Zuckerman admitted to his lying in New York Courts. It appears by the documents that Zuckerman, in clandestine fashion, forged Jim’s name for a second time to a bogus Confession of Judgment, deceptively securing an over $50,000.00 judgment against Jim, without any required notice to Jim, and kept it “secret” for over 14 years, until Miriam “sold” it to Gomez. A bogus judgment with 14 years of interest, more than a total value, if legitimate, of over $130,000.00, “sold” in November 2008 by Helmsley/Miriam, with a admitted to participation, to Gomez, for the pittance payment to Helmsley of $6,500. All without Miriam even communicating with Jim before the alleged “sale”. We are also on this one, and we will keep you updated with our findings. 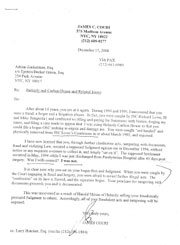 Couri Letter to Zuckerman - 12/08 (UNANSWERED)
Illegal Judgement Secured by Zuckerman Against Couri in Favor of Carlton House, Assigned to Gomez