Jay Itkowitz & wife/partner Michelle Maratto
A New York Lawyer A New York lawyer recruited by the George and Antonia Pavia to engage in self-confessed “gamesmanship”, circumventing the law. Ikowitz advertises his expert “gamesmanship” over legal integrity. Mr. Ikowitz has boasted the implementation of his gamesm

anship at Ikowitz & Harwood symposiums, sponsored by Lorman, and repeatedly on his websites. The question is: Did Mr. Ikowitz engage in trickery and artifice as part of his “gamesmanship” in connection with these matters? Ikowitz, a political ferret who it 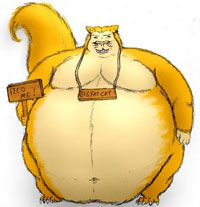 appears, did not disclose all as required. Why? Did Ikowitz function as a “liaison” with a state court judge to allow the Pavias a compromised field to steal rent stabilization through tampering? Ikowitz prides himself at emptying homes for unscrupulous landlords. Ikowitz told Jim Couri, “we'll get you out of your rent stabilized apartment one way or the other”. Itkowitz also published on his web sites that the

Pavias would have done anything to get Couri out. It seems by the facts and evidence available to date that the Pavias fulfilled Mr. Ikowitz’s forecasts and threats. Why did Ikowitz, aided by Judge Joan Madden, deprive Couri subpoena access to Itkowitz’s Verizon Wireless phone records? Did he help Madden rewrite statutes on nuisance to aid the Pavias? The Madden Court actions and/or failure to act reveal a highly suspect pattern of, at best, bias, favoritism and ignoring the laws. Jim wrote to the Commission on Judicial Conduct, Administrative Judges Silber 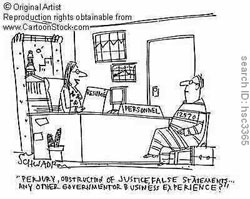 man and Joan Carey, to no avail. It appears that JSC Madden, angry at being “unmasked”, further aided the Pavias in their acts and conversion of Jim’s rights. Itkowitz, a long time landlord lawyer admits and brags regarding Jim’s case on his Itkowitz & Harwood web-site that neve 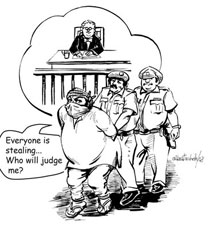 r in the history of rent stabilized tenancy has a tenant been deprived of his home and rights via “nuisance statutes” for letter writing. So you understand, “nuisance” statute relates solely to a tenant’s continued objectionable conduct that interferes with other tenants’ quiet use of their homes and such conduct must be within the four corners of the premises and must be continuing. These conditions were hardly met because of Jim’s writing letters to the Pavia office, mostly in response to 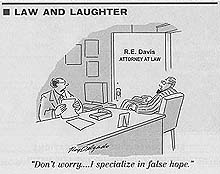 George Pavia’s harassment and retaliatory and assaultive conduct, witnessed by others. In the Madden Court, Jim was charged with “nuisance” for writing and responding to letters to George Pavia’s office. Madden’s Court allowed this to occur, although Pavia’s nuisance claims and Jim’s letters were litigated in other courts including before Judge Acosta at the Supreme Court New York, and at DHCR, and on each prior occasion, Pavia lost. Madden’s court, according to Jim and documents reviewed, seems to have ignored numerous laws and res judicata (ie: precluding the re-litigating of the same claims over again). Jim believes and the evidence appears to support that this court’s behavior was to aid the Pavias’ agenda. JSC Joan Madden, the record confirms, rewrote Statutes and seemingly manipulated laws for the Pavias’ unjust gain.

Here's a quote from Itkowitz regarding the Pavia v. Couri matter:

"Moreover, the case was challenging because there was no precedent for a nuisance case based on the grounds present here. At the outset of this litigation Couri was represented by the highly regarded firm of Rosenberg & Estis. A partner there advised this firm that there was no way Couri would be evicted on the grounds complained of.. no one ever had.

Ultimately, however, this office prevailed in all decisions included below, and Pavia won the case. After the trial of the matter, a judgment for possession of the apartment and a money judgment for back rent were ultimately awarded against Couri."