Helmsley Enterprises, Helmsley Carlton House and Harold Miriam were all reported by Jim in 1993 for conducting with others an illegal gambling casino in the Helmsley Carlton House on Madison Ave. and 62nd Street in New York City; on the same floor where Jim maintained an apartment. The Criminal Investigation Division of the Internal Revenue Service and other Agencies swarmed in. As retaliation, did they thereafter obtain a fraudulent judgment against Jim and secretly hold it for 14 years only to sell it to Pavia and Gomez for $6,500 in November 2008, and then manipulate the law with the aid of a couple of judges to convert Jim's medical settlement of $230,000.00 for themselves, the Pavias, Joe Burke and the plastic surgeon through fraud and deception? Gomez was the front man as admitted to Jim by Harold Miriam of Helmsley and by Gomez himself who said in open court he was acting for himself and others. Gomez then converted Jim’s medical malpractice

Helmsley-Carlton House, NYC
settlement money for himself and then distributed this money to others. Was this “blood money” belonging to Jim turned over by Gomez to George and Antonia Pavia, and maybe even Pavia’s lawyer daughter Allison, Helmsley, Burke, and other conspirators? This pattern of over all conduct appears to be racketeering activity, and may be a violation of the RICO Act, including obstruction of justice and money laundering, amongst other things. You will hear a lot more about this one. 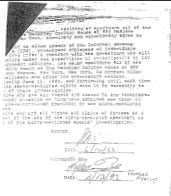 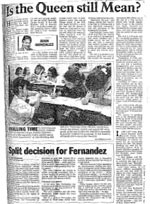 Is the Queen Still Mean? - June 16, 1993
Assignment of Judgement from Carlton House to Gomez
Illegal Judgement Secured by Zuckerman Against Couri in Favor of Carlton House, Assigned to Gomez