GET TO PUT ON THOSE BLACK ROBES? YOU BETTER LEARN!

Those persons in “black robes” in this powerful role can and will, with a flick of a pen, or with their words from their “bench” in the courtroom, control your money, family life, home and even your liberty. Many are also well-trained masters of illusion. It’s a good idea, BEFORE you get there, to learn who they are, and how they got there, “in that formidable room with the big desk.” On the wall depicts “in God we trust”. Don’t believe everything you read. Sadly, what many of them trust in does say “in God we trust”, but it folds, it's green, and goes into a pocket, and is far removed from justice and equity. First and foremost, the comments here are relegated to documented experiences involving litigants, lawyers and judges in New York State Courts, and not any experience with any court or judge in the Federal Court System.

What you will learn here probably will surprise you, but it’s time for all to face reality, which is the first step in the long road toward change and progress. We all should become versed so that we do not blindly trust in what is depicted on a courtroom wall, or blindly trust the lawyer you hired and paid to put words on pieces of paper and to speak for you in the judges’ arena. Ignorance may be “bliss”, but it is suicide in many of these courtrooms. 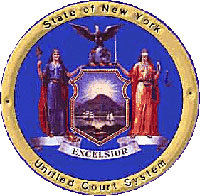 For example, Judges in New York Supreme Court are generally “acting” Judges. The term “acting” within the Unified Court Systems, ie: Supreme Court, means a person who is appointed (not duly elected) to become a Supreme Court Judge by the Chief Supreme Court Judge. The Appointment is generally supposed to be temporary, but often lasts for many years. It is important to note these facts because these persons put in charge of our fate are placed there, not because of their intelligence, background, morality, honor or integrity; they are placed there because someone from the political “machine” directs the 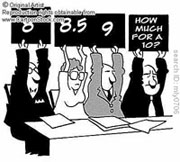 Chief Judge to select them. It is believed that the foregoing is sort of like a probationary period in order to determine whether or not these “acting” Judges will follow the directions of the “machine” and “make their bones”. Ask your lawyer who the judge is that you are before. They will know the name and usually nothing else. Most do not know where the “justice” was educated, or how they got there in the first place. Trust us, they don’t know, but it’s you whose fate is on the line. So you better know. Stop using a crutch. Lawyers make lousy crutches unless you have very, very deep pockets. Each second you speak to a lawyer who is “representing” you, the “lawyer meter” is clicking your money into their pockets. Even if a lawyer knows what is being outlined here, they wont tell you for obvious reasons.

Here is how it usually works. Mostly judges were “educated” first in Civil Court. Before that, who knows? Some were clerks in a court, writing decisions and “paying their dues” by being a “company man”. Many were/are pals of someone in the political machine, such as the groups of politicians like the well-known “Boss Tweed” era.

If these “appointees” follow the orders and rules of “Old Boy’s Club” (like a John Crews or Boss Tweed) the “Boys” put Mr. or Ms. Judge on the Civil Court bench straight away, or on a ballot to be elected to the Civil Court. Once in awhile, referees or special referees will be tapped to become a court judge or magistrate. If the “machine” puts a candidate on a ballot, either he/she is un-apposed or will win one way or the other. After awhile, if the justice dances to the tune of the “Old Boy’s Club”, the Chief Judge will “tap” this Civil Court Judge to be an “acting” Supreme Court Judge. Once in awhile, the “machine” will also see to it that Supreme Court Judges are “elected”. The whole exercise is a perpetuation of a “club”. When the “king maker” (ie: a Crews,

Tweed, or who knows who) comes calling, cases are decided not on the merits, but on who the “king maker” has scheduled to win. Larcenous and corrupt litigants, which are many, know who and where to go to in order to “expedite a favor”, just like Roy Cohn did, and others do and have done ever since courtrooms were built. When the fix is in, you’re dead meat. And when the “group in black robes” put you on their “hit list”, you're 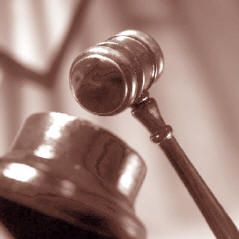 worse than dead meat. These are for the most part incestuous persons and their methods not unlike the methods of organized crime but worse because they abuse the public’s trust, manipulate laws, and hide behind their “position”. If you are targeted, they will do what ever they can to ruin you. It is important to note that there are still judges around these Courts that really labor to administer fair and honorable justice, but these are far fewer than what we the people are entitled to. Courts should not be “Wheels of Fortune” where the guys with the “gold make or remake laws”. The Constitution must be the foundation, not a “Boss Tweed”.

Unfortunately, these activities are alive and well in Towns, Cities and Hamlets and will continue unless we all become aware of how the public is being skewered and skinned in these Courts, and do something to expose and put a stop to it once and for all.

Think of all of this like a corporation. The guy who controls the board of directors controls the company. The lawyers who pay for this “access” will abuse the rules because they want control of the courtrooms, and will follow the adage “the more you grease the easier you slide”. When thinking about this, remember the “Godfather” film and Don Corleone admitting the many judges in his pocket were like pocket change. Mario Puzo wrote the Godfather novel based upon a compilation of real-life facts.

We at Scamraiders hope this article has enlightened you, and as always, we welcome any comments from anyone, negative or positive, concerning the contents herein.

Judges on the Wrong Side of the Law - CBS News