Does the Supreme Court decision set the foundation for a in depth review of the entire judicial process?

Do New York Courts and its Judges “Gang Up” Against and Target Certain Citizens Out of Retaliation, or Other Pre-Determined Motives?

Did a New York Plastic Surgeon Engage in a Multi Year Tax Evasion Scheme, Ripping Off Federal & State Tax Departments Out of Millions?

Raider Rabbit – Our Mascot, Created by Scamraiders.com to Protect Honor and Integrity in Our Nation and World

Are New York Courts For Sale? Justice at a Price?

New York Courts Ignore the Filing of an Illegal Judgment 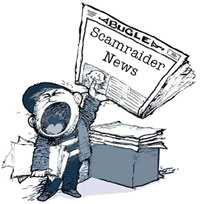 “We give you the roadmap – you decide where it leads”

SCAMRAIDER NEWS Pressure Cooker is the place on our site where we will endeavor, through investigation, to provide you with current and ongoing court cases of interest, and noteworthy scams, swindles and corruption. We will try to disclose to you information and exposes before you learn about them in other media. Scamraiders is committed to being on the cutting edge of uncovering and reporting. Jim Couri, our Founder, has agreed, subject to a gag-order in one matter, to openly discuss with our contributors and staff court cases that he is or has been involved. We have reviewed the court files of all of these cases and in our opening issue report on them here. Jim wishes by talking about these cases to encourage the public to report their personal experiences and plights on Scamraiders. We want to hear from you with your postings; and you may find your matter in the PRESSURE COOKER!

What and who is cooking today? Are New York courts for sale? Some people it seems will do anything for money. Here are a few current matters we are reporting on and investigating that might be of interest. Take a look at some of these antics disclosed. The documents referred to have been retrieved from court files and from other sources in the public domain.

Jim, our founder, a plaintiff in these cases, will not comment to us at this time, on this first matter, due to a supposed “gag” Order, issued by Supreme Court Judge Beeler in December 2005. One can only wonder why there should be a gag order in connection with a litigation of this type were a defendant owes an agreed-to large sum of money to a plaintiff. What does the defendant doctor have to hide? Shouldn’t a doctor pay his obligations? More >> 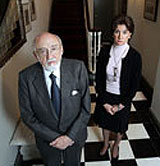 A self-styled elitist, a lawyer and a supposed partner of Italian owned law office Pavia & Harcourt and documented schemer. Did he manipulate the law? Did he compromise a presiding judge? Did he compromise and bribe employees and others with the New York Department of Buildings? Did he cover up his and his wife Antonia and lawyer daughter Allison’s illegal activities? Who did he bribe? Did he scheme to steal rent stablization rights belonging to Jim Couri? More >>

A New York lawyer recruited by the George and Antonia Pavia to engage in self-styled “gamesmanship.” Ikowitz advertises his expert gamesmanship over legal integrity. A political ferret who it appears, did not disclose all as required. Why? Did Ikowitz function as a “liaison” with a state court judge to allow the Pavias a compromised field to steal rent stabilization through tampering? Ikowitz prides himself at emptying homes for unscrupulous landlords. More >>

Is Burke a manipulator, schemer, liar and a corrupter? Did Burke engage in ex-parte electronic communications with court officers and a Referee and others? Did Burke willfully and systematically manipulate New York Court Referees and cause and or write illegal Orders to be generated in a scheme to obstruct justice? Did Burke cause a cover-up and engage in fraud to insulate his client, a plastic surgeon? More >>

A New York lawyer and partner of Joe Burke, who took over the Pavias’ Rent Stabilization scheme when it became too hot for Attorney Ikowitz. Did Gomez conspire with the courts to cheat Jim Couri and to steal his rights and money? How did they convert $6,500 and in two weeks and make off with over $125,000 of Jim's medical malpractice settlement? Through fraud, deception, a forged confession of judgment, and judges in New York Courts willing to ignore Secured Creditor Laws and forgery? More >>

Helmsley Enterprises, Helmsley Carlton House and Harold Miriam were all reported by Jim in 1993 for conducting with others an illegal gambling casino in the Helmsley Carlton House on Madison Ave. and 62nd Street in New York City; on the same floor where Jim maintained an apartment. The Criminal Investigation Division of the Internal Revenue Service and other Agencies swarmed in. More >>

A New York lawyer and a former employee and lawyer for Helmsley, who was caught and confessed to his forgery of Jim’s signature on court filings before Unified Court Justice Richard Lowe, in 1995. What was Zuckerman's role in this Pavia/Gomez theft of Jim's medical settlement? Remember, Zuckerman admitted to his lying in New York Courts. More>> 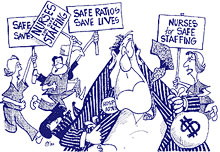 If the answer is yes to many of these questions presented, the parties reported here and all in concert with them are guilty of obstruction of justice, fraud and possible RICO Act violations. The common thread that winds its way through the activities outlined here point to the compromising of the Unified Court System. The patterns of Decisions and Orders beginning with JSC Madden from 2002 appear to be a systematic manipulation toward deprivation of a level playing field. The cover up and the failure to acknowledge wrongdoings, perpetuated by certain attorneys who have routinely tampered with court officials, agencies and others is despicable, but yet it continues. Acts of judges who will preclude evidence, rewrite statutes and other acts of misconduct to aid one litigant and deprive another appears to be a part of this judicial “process”. Permitting the theft of medical malpractice recoveries through this judicial bias and favoritism and judges ignoring corrupt acts seems commonplace. Condoning perjury, fraud, tax evasion seems to be part of this in New York Courts as well. These acts reported here have been well documented, some reported along with documentary evidence to the Commission on Judicial Conduct in New York. This was another waste of effort up to now. 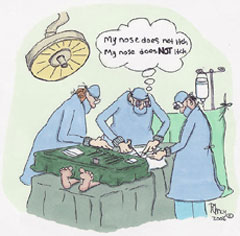 The question to be asked: Did this “gang” individually and together cheat, lie, compromise, interfere, manipulate and corrupt the judicial process in New York Courts in order to obtain unjust enrichments and convert money (a lot of money). Did the Pavias’ along with their lawyers Jay Itkowitz and Kenneth V. Gomez wrongfully obtain from Jim his rent stabilized rights implementing corrupt acts and obstruction of justice, while navigating the New York Courts?

Where big bucks are in the balance, watch your back and watch your pockets. When you uncover suspect Judicial conduct and report it, the “culprits” will gang up on you, so be careful. Always remember, “in unity there is strength” and that Scamraiders is “a new voice for the voiceless”.

Scamraiders welcomes any and all comments or denials regarding any matter or person disclosed here. We will publish, subject to our Terms and Conditions all such comments and/or denials. These and other exposes are under investigation and Scamraiders intends to continue to investigate these and other matters and persons. We will report our findings on all such selected issues that, based on our investigation, reveal improper acts, and that are and will be of interest to our users and that appear to involve scams, fraud, corruption, and Court abuses, and other issues of note.