"SOMEONE YOU CALL YOUR FRIEND WANTS YOU DEAD," the message reads, and at that point, most of us would sit up and pay attention. Lowlifes are targetting unsuspecting victims by claiming that their very lives are at stake - that a friend or loved one has hired a professional to kill them. The only way to stop the purported "hit"? Money, of course.

Some go so far as to threaten the lives of the victim's family, as well.

Arriving in your Inbox in one of several… Continue

Was the Airplane Terrorist Scammed? - By Rabbi BZ Kravitz

Was the Airplane Terrorist Scammed?
By Rabbi Bentzion Kravitz

Christmas day’s failed terrorist plot to blow up a Northwest Airlines flight has police and airline personnel beefing up security, and others wondering how this could happen.

Umar Mutallab, the 23-year-old Nigeria born terrorist, was subdued by other passengers while trying to ignite an explosive device attached to his body. To many, Umar’s youthful appearance, fluent English and education made… Continue

Most of us have received a jury summons in the past, and whether you consider it a hassle or a civic duty, almost everyone reports. But what if someone told you that you failed to report and there was a warrant out for your arrest? That's the twist on a scam that many trusting Americans have been falling for for years.

The scammer calls and claims that, because you have failed to show up for jury duty, your freedom is now in jeopardy. Of course, the victim will… Continue

This is yet another scam that endeavors to fool people into giving out personal information, putting themselves at risk for identity theft and losing control of their bank account information. In this instance, victims receive a letter supposedly from their bank, printed on bank stationary, asking for information for the purpose of reporting earnings to the IRS. Enclosed would also be a fake IRS form, called a W-9095, which was designed to look like a valid IRS form, the W-9.… Continue

Are you getting what you paid for? Don't be so sure. An investigation of several Jiffy Lube locations revealed that customers were being charged for work that was, in fact, never done to their cars. This investigation was carried out by Joel Grover and Matt Goldberg, reporters for NBC4 in Los Angeles, California. They used surveillance, marked car parts, and hidden cameras to determine that after dropping cars off for routine repair work (such as oil changes, or fuel filter… Continue

This is yet another email scam that you should be aware of, should it ever land in your inbox. The fraudulent email will look something like this:

Dear AOL Member,
There has been a purchase added to your AOL account on December 22, 2009. This purchase took place at 1-800-Flowers.com. If this order was unauthorized and you would like to cancel, please CLICK HERE. Below is listed information about your order:

Since the late 1970's, scammers have targetted businesses across the United States with a small and simple, but effective swindle -- call and ask for the serial numbers of a copier/fax machine in the building. The scam artist then has a pallette of copier paper delivered -- usually low-grade -- along with an invoice for an astronomical sum.

The culprit is counting on the office manager paying the invoice without checking with the shipper first, assuming that the… Continue

After assessing my medical prognosis and the extreme postoperative oncology treatments I must undergo in the hope of lessening the spread of melanoma cancer, I have elected to resign from all activities and involvements surrounding Scamraiders. After approximately one year of planned cancer treatment and assuming I am still alive, I will re-asses my options. Another factor in my arriving at this decision embraces the precious time spent required responding to dastardly, false and… Continue

There are lots of chain emails floating around out there warning of long-distance phone scams. While there is a kernal of truth to many of them, the details are often greatly exagerrated in the emails to really grab the reader's attention. This article will help to give you the real fact and let you know what you really need to watch out for.

The first of these scams is the "809 Area Code Scam". The email warnings say that you will receive a message on your phone… Continue

Scamraiders Founder Jim Couri underwent a 5 hour surgery on 12-15-09 in California for the removal of 6 stage 4 melanoma cancer cites.

There was a scheduled hearing today in Couri vs Siebert in New York before Referee Lowenstein. Jim's assistant, Stanley Wilson, was there to attend. Mr. Wilson heard Lowenstein, who is a court referee and supposed to be bound by rules of law, tell a court guard and others, ex parte, within ear-shot from Wilson that Couri is lying and is in New York… Continue

The scammers know this is the time of year where the wallets open and the money flows, so they will go to great lengths that they knee-deep in that revenue stream somewhere along the line. Whether its phony charities, bogus gift cards or malicious holiday software, these con artists… Continue 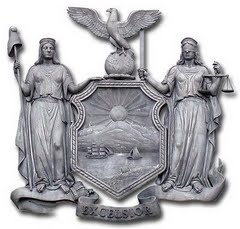 Scamraiders has just obtained a Filed Copy of a Motion in New York Supreme Court (12-10-09, a Public Document) seeking multiple branches of Relief from the Court against: Kenneth Gomez Esq. (the bag-man and front) and George Pavia Esq., John Siebert, Russo-Burke, Joe Burke Esq., and others in concert with them. Scamraiders is dedicated to exposing corruption, ruthless and illegal acts such as those perpetuated by Gomez and his ‘Associates’. A significant portion of these Persons… Continue

Apple's iPhone is hugely successful, largely due to the number of "apps" it offers to the user. Apps are applications created by third parties which are used for a variety of things including games, photography, translation, maps, recipes, and hundreds of others. Apple users can rate apps (5 stars is the highest rating), and these user ratings have a big impact on which apps other people buy and use.

SCAMMING CHILDREN AND PARENTS – PRIME TARGETS FROM BIRTH TO COLLEGE

Successful scam artists thrive on identifying a victim’s weakness and then exploiting that area for their monetary gains. Those who are trusting or naïve are often the prime targets for these con artists. One group that fits the bill would be children, and the parents of children who would go to any links to improve the lives of their offspring.

There are many different methods scammers use to target trusting children and their frazzled parents. Whether stealing… Continue

METAL DETECTORS----MANY ON THE MARKET. THEY ARE COSTLY AND UNLESS YOU THINK YOU CAN FIND A 'NEEDLE IN A HAYLOFT', YOU MAY DETECT SOME OLD CANS AND OTHER JUNK---SAVE YOUR…

"Make 1000's of dollars a day with Google!" "Easy Money with Google: Make $1000 a day working from home!" Have you see ads like this? Well, as tempting as they may sound, stay away! Google filed a lawsuit this week in an effort to stop companies from using their name to hook people into fraudulent work-at-home schemes. Because Google is such a trusted company, "Thousands of people have been tricked into sending payment information and being charged hidden fees by questionable… Continue

Reports are popping up everywhere, including from MSNBC, about a scam e-mail that’s circulating around the Twilight fan base. It’s trying to get teens to fork over money in order to get casting information about the series’ final movie “Breaking Dawn.” However, neither a casting director nor a location for the film have even been chosen yet!

Lana Veenker, the woman who handled casting in the Northwest region for “Twilight” says she tracked down the company… Continue

To Shoot or Not to Shoot - By Rabbi BZ Kravitz

To Shoot or Not to Shoot
By Rabbi BZ Kravitz

The ScamRaiders website provides an invaluable service. In addition to pointing out questionable products and claims, the site encourages buyers to make informed and careful choices when viewing products advertised on TV and the internet.
I am very cautious and suspicious of on-line advertisements, and usually do not take them seriously. I must admit sometimes the “catch” is so appealing I start to get taken in, and… Continue

MILITARY SCAMS – A WAR ON DECENCY

The politicians can continue arguing amongst themselves on whether or not we are actually at war. The fact remains there are literally hundreds of thousands of Americans in the military currently deployed overseas. As with any newsworthy trend, this fact has not been lost on the scammers who are always looking for a new way to make a quick buck.

Whether they are posing as servicemen, taking advantage of the soldiers, or preying on the families left behind, these con artists… Continue