Despotism and abuse of power----are we becoming a “Banana Republic” in our courts? 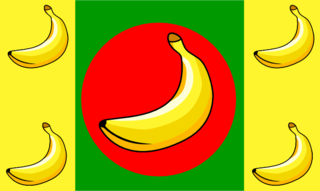 Our founding fathers warned of the bias and misuse of judicial power - the bribery, payoffs and worse. Please view this short video of Richard Fine from the Los Angeles County Jail - bribery, corruption, and worse.
It is time to take a stand, as our lives, children and homes are being ruined by a pathetic and corrupt system of tainted courts and incompetent or corrupt judges in our state courts. Do you know how your judge got to the 'big desk in the…
Continue

Shady & corrupt courts may finally be headed for a house cleaning 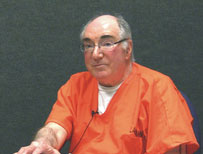 The US Supreme Court has found sufficient motivation to review the corruption and confinement involving Richard I. Fine in a Los Angeles, CA jail.
Corruption, bribery and fraud is so pervasive in our courts that the pursuit of 'justice' without payoffs and tampering is virtually non existent. As we are now learning of the manipulations of the stock markets by Wall Street 'big boys', it is just the same in the state courts in New York, Los Angeles and…
Continue

Stealing money directly from a victim’s bank account – there’s an “app” for that! The number of smartphones, like Apple’s iPhone and the new HTC Android model, are growing exponentially. One of the strongest features of this new generation of hand-held devices is the ability to download any number of applications specific to the user’s needs. Experts worry that this application market might soon be overrun with scammers taking advantage of the latest technology.

SENIOR CITIZEN FRAUD: How to Protect Yourself 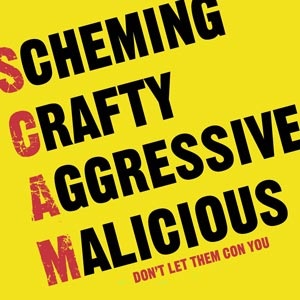 A Canadian couple is arrested for allegedly bilking victims across the U.S. by selling bogus credit card protection plans over the phone.

A Maryland financial planning/estate lawyer pleads guilty to defrauding his own clients.

A California man is convicted of stealing nearly $5 million from residents of a retirement home through an investment scheme.

What's the common thread here? All of the victims were elderly, and many lost their… Continue

Why should Senior Citizens be concerned about scams? 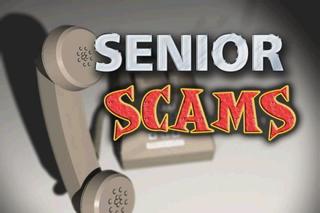 The FBI warns the elderly are targeted for fraud for several reasons:

1) Older American citizens are most likely to have a "nest egg," own their home and/or have excellent credit all of which the con-man will try to tap into. The fraudster will focus his/her efforts on the segment of the population most likely to be in a financial position to buy something.

Kenneth Gomez, Esq.
Scamraiders has carefully reviewed much of Gomez's rants on the Internet. Sadly for Mr. Gomez, most of his scurrilous postings are either outright lies or contorted and distorted ancient history. As examples:

1) Jim Couri was never held in contempt by Judge Beeler or any other judge.

Any US citizen has a Right to Due Process. Judges are not supposed to obstruct justice and illegally protect a person who physically assaults and threatens someone. It seems ‘the more you grease--the easier you slide’. Sadly, George Pavia’s attack behavior and illegal activities have, and continue to be, sheltered from justice by JSC Joan…
Continue 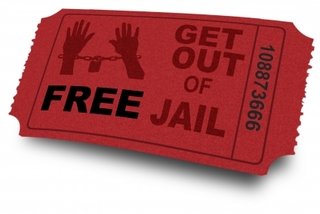 The practice of Law has in many cases become an underhanded ‘game’ with attorneys misusing and abusing their sworn-to oaths and employing fraudulent and extortion tactics-- any means necessary to ‘win’. When you hire an attorney, you can be likely opening yourself up to a treacherous, unknown, double-dealing, two-faced ultimate con person. Sorry to be so blunt, but sadly this is the reality of many, not all, of today’s breed of lawyers.

Scamraiders is watching the… Continue

George Pavia, Esq
George Pavia arrived in little ole New York after being a member of the Fascist Party and an ally of Mussolini, along with his father Enrico. Apparently George learned well about corrupting public officials from his father and his fascist pals. An Ellis Island entrant, it seems George needed money. So cunning George secured himself by marrying a well-to-do psychiatrist, Ellen Soloman.… Continue

CHIMNEY CLEANING AND REPAIR SCAMS – NOTHING BUT SMOKE AND HOT AIR

The fireplace brings warmth to the home during the cold winter months. The chimney vents hot fumes, dangerous gases and smoke away from the living area. The scam artist severely overcharges his victims by exploiting their lack of knowledge in his supposed “field of expertise” and preying on their fears. The chimney cleaning and repair industry is no stranger to this type of con man.

John Siebert, M.D.
Scamraiders has been the recipient of letters, phone calls, documents, and other claims from alleged victims of Dr. John Siebert’s sociopathic perverted behavior, along with his corrupt financial activities and Court manipulations. Sad as it is, Siebert apparently believes he is above the law and can continue his acts of sexual and emotional ravages, as wells as larceny and fraud.…
Continue

Scam artists are using the recent passage of the health care reform legislation, and the media frenzy that accompanied the bill, as an opportunity to take advantage of potential victims. These con artists are always eager to cash in on the hot news items and trending media topics.

These health-related scams are particularly heinous, playing on citizen’s fears while providing false hope and the mistaken belief that something worthwhile, and possibly quite necessary, has… Continue

Kenneth Gomez, Esq. under investigation for extortion & other violations of laws.

Kenneth Gomez, Esq.
Kenneth Gomez, Esq Scamraiders has learned is under investigation for willful violations of professional disciplinary rules, fabricating evidence material, fraud, perjury and acts of extortion and intimidation. Gomez has published false information on the internet, with intent to bully and impede freedom of speech and press as part of his scheme to cover up theft, corruption bribery… Continue

Scamraiders has received numerous cries for help from… Continue 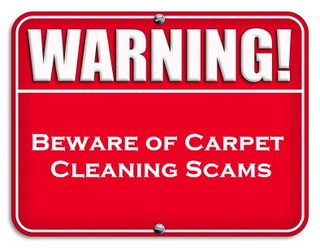 If you’re looking to get your carpets professionally cleaned, make sure you don’t have the rug pulled out from under you. Spring is here; many will begin to clean their homes from top to bottom inspired by the winter thaw. Along with the flowers and the sunshine, spring also brings a plethora of scammers looking to take advantage of those feeling the spring cleaning fever.

The fliers will fill your mailbox with unbelievable coupons, the unsolicited phone calls will annoy… Continue

Growing up in New York in the 50’s I was naïve to scam artists. We knew to respect our parents and be helpful to our neighbors. The police were heroes we look up to. At the same time we also knew that some things were sacred.

I remember my mother preparing me a special lunch to take to public school during the week of Passover. Since the bible instructed Jews to refrain from all leaven for 8 days, we switched from cake and bread to matzah, the… Continue

Apple, Inc. announced its newest product, the iPad, on January 27th of 2010; the scammers went to work immediately. This isn’t the first time folks have found themselves at the mercy of con artists looking to take advantage of an Apple device’s launch. There are plenty of scam reports associated with the introductions of the both the iPod and the iPhone, and this time it’s a whole lot more of the same.

The iPad is a tablet computer with an emphasis on portable media. You… Continue

Put a stop to the arrogance and sociopathic activities of John Siebert MD here and now!

John Siebert, MD
If you or anyone you know has been emotionally, physically, sexually or financially or in any other manner abused and victimized by Dr. John Siebert, Scamraiders encourages any and all of you to please communicate with us by email (info@scamraiders.com) or by mail to Scamraiders (72960 Fred Waring Dr, Palm Desert, CA 92260) Scamraiders has received many reports about Dr. Siebert's… Continue

FEED THE CHILDREN – AN EXAMINATION OF A POPULAR CHARITY

When making a charitable contribution, do we really know where the money is going? Even though that contribution is made to one of the largest and most high-profile charities in operation, there can be questions of impropriety lurking just beneath the media savvy surface. One large charitable organization has recently found itself in the center of this kind of controversy.

Feed the Children, headquartered in Oklahoma City, is a non-profit, international charitable… Continue