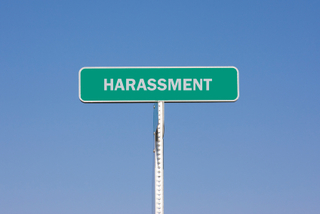 Dr. John Siebert intimidates and abuses his victim patients who are anxious to expose him as a vulture and thief 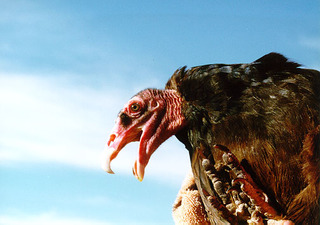 Corkscrew George M. Pavia Esq has manipulated and corrupted the court system to cover up his thefts, tax evasion and bribery 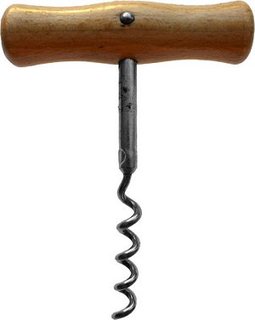 Scamraiders has assembled a plethora of documentary proof of George Pavia's perjury, forgery, tampering, bribery, misuse of the judiciary to commit crimes of Rico and fraud, tax evasion, thefts of Medicare funds, and other acts of corruption in concert with John Siebert and Kenneth Gomez and Joseph M Burke and unified court officials. Scamraiders has evidence of the Pavias thefts of rent-stabilization and thefts of property rights without paying requisite gift and other taxes.…
Continue

Kenneth V. Gomez Esq has been engaged in over a dozen felonies including bribery, extortion, threatening witnesses, fabricating evidence 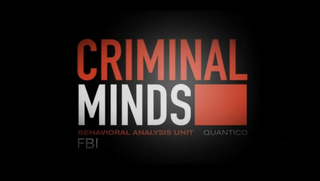 In person and over interstate instrumentalities, by phone, email, fax-acting for himself and for Joseph M Burke Esq, John Siebert Md and George Pavia Esq
Scamraiders has assembled proof of Gomez's federal and state crimes. Gomez has in person and via interstate instrumentalities, engaged in intimidation, threats, extortion, threatening and bribes and attempting to bribe witnesses and Siebert's victims. A scheme to derail justice, courthouse collusion,…
Continue 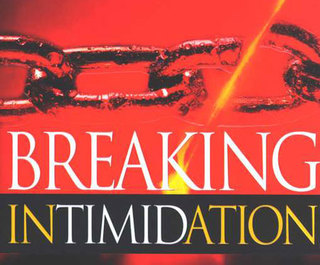 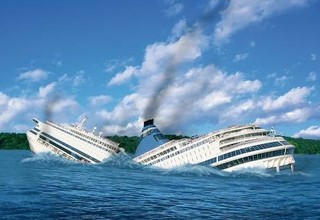 Scamraiders has evidence of the bribery, thefts, corruption engaged in by Gomez, Siebert and Burke. They have tampered with, colluded and intimidated many including Diane Kleiman, Miss Rachel (whose name will be protected), referee Jack Suter, other court officials whose names will be disclosed later, 4 other of Siebert victims who have provider proof of the attempted bribery and intimidation - 3 Scamraider members who have provided proof of Jack Suter and other court officials…
Continue

Dr John Siebert is a now well documented sex pervert, a pedophile and rapist of his patient’s bodies, minds and cash See Scamraiders for more Siebert victims charges that Siebert is a pedophile, a extortionist and a sex pervert--------view current letter from victim Ms. Rachel outlining in detail Siebert and his thug Kenneth v. Gomez sex abuses and intimidations of these victims----all such conduct are criminal acts---many in violation of federal codes----misuse of phones, fax, email to intimidate and to commit…
Continue 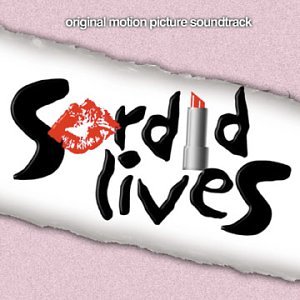 Scamraiders has reported previously that pimp-thug Kenneth Gomez has intimidated, bribed and extorted many to cover up the criminal activities of Dr Siebert, Joe Burke and George Pavia. We have learned that Gomez has tried to harass, extort and intimidate Diane Kleiman, many of Scamraiders informants, newspapers reporters, television stations, and many others. Gomez has tried to bribe referees, judges, and other lawyers in a scheme to cover up the criminal enterprise of mafia…
Continue

Scamraiders has received proof of Dr Siebert's extortion of victim patients in a desperate attempt to derail these victims from testifying about Sieberts deranged sex rapes, pedophilia, phone sex, and his rampant perversions and narcotics abuses. Siebert with the aid of pimp thugs Kenneth Gomez and Joseph m Burke have engaged in criminal conduct by threatening and…
Continue

For over one year, Mr. Gomez has published – and on your behalf – claims that Scamraiders reports, about all of you are false.

Neither Gomez or any of you have explained exactly what is 'false.' Rather, Gomez…
Continue 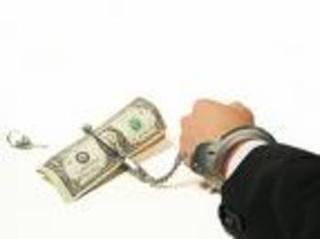 In July 2009 a consumer, Baila Yaniv filed in federal court SDNY a complaint against Joseph M Burke, Russo and Burke, Joel Hecker and others. The charges, Joe Burke forged a phony and fraudulent court summons and distributed this forged court document to dozens or more persons in a scam to make the persons believe that they were being sued by supposed creditors that Burke represented. The scam? ' If you don't pay up we will get a judgment against you and… 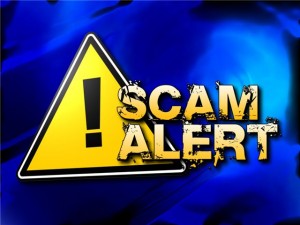 Scamraiders has posted a number of reports involving the activities of referee Jack Suter and his documented bullying and ex parte emails and corrupt acts involving Joseph M Burke. Scamraiders has assembled documentary proof of Suter's abuses, collusion, malfeasance and telephone abuses involving Jim Couri and owners of email sites where Suter engaged in corrupt and collusive conduct in concert with Joe Burke Esq in a…

Kenneth V Gomez and Joseph M Burke Esq's, are attempting to intimidate witnesses and alter proofs regarding the perverted sex acts and thefts engaged in by Dr John Siebert

Scamraiders has been advised that thugs Joe Burke and Ken Gomez are working overtime to intimidate, extort and create smokescreens to divert the document charges involving the perverted and corrupt conduct engaged in by sex vulture Siebert, who was fired from NYU/Langone hospital and evicted from the medical offices of Doctors Dan Baker, Sherill Aston and Jennifer Waldon for Siebert's abuses of…

John Siebert, M.D. phone sex tape will, after approval from the Siebert victim, be posted on Scamraiders for all to listen to 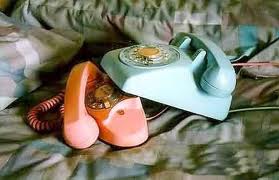 Dr. John Siebert has been caught and charged as a sex vulture/rapist and fired by NYU/Langone. He has abused and molested many of his patients physically, financially and emotionally. He has been accused of misuse of narcotics by his victims.
Scamraiders has interviewed a number of this sex vulture Siebert's victims. A number of them report Siebert's penchant for engaging in sordid phone sex with his victims. Often, Siebert will call these women to…
Continue 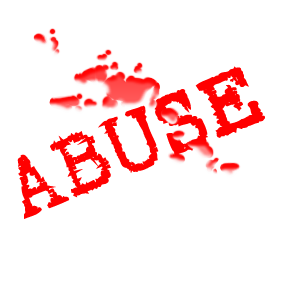 Scamraiders was launched July 2009. Its mission is simple---to report and help people who have been victimized by corruption, scams, swindles and to expose the rogues, scoundrels, bad-eggs and tricksters. Scamraiders has unmasked many since its creation and has become a important 'watch-dog' exposing predators and corruption. Gomez, acting as a front for thief George Pavia, (a now well document villain, court corrupter, tax evader, perjurer, mob-front, and forger of false…
Continue

Joseph M. Burke, Esq and his thug partner Kenneth V. Gomez continue to tamper with the court process in NY 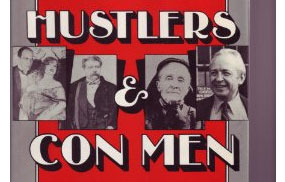 And continue to harass and extort Jim Couri to cover up Dr. John Siebert and George Pavia's sex crimes and thefts
These thugs, bleeding this Couri v Siebert case for all they can grab, continue their demented crusade of collusion, fraud and corruption. Joe Burke uses the phones and emails to perpetuate a rampant scheme of tampering and ex parte deception. Scamraiders has proof of Burke/Siebert/Gomez ex parte corruption and courthouse…
Continue 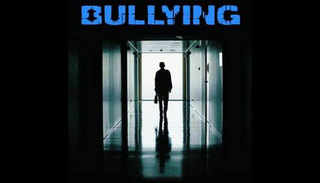 Judge Wooten exhibits a outrageous disdain for the law and due process. By bullying, threats of unwarranted reprisals, condoning fraud and illegal conduct engaged in by Joseph M Burke and sex vulture Dr John Siebert, Wooten has participated in advancing of claims that have not been supported by existing law and that are malicious and outright fraud.

JSC Wooten has (we believe) made false statements, condoned Burke and Siebert's perjured statements and false evidence and has… Continue Sex vulture John Siebert Md, solicits sex on web sites including site called 'Smokin-Hot-Waitresses'. Siebert found Ms Rachel and according to her, John Siebert aka Quick-Draw Johnnie began a series of sex visits with Rachel, in Siebert's shared medical office with Dr Baker and behind Baker's back -before Siebert was evicted- and in Dr Aston's office, before Siebert was evicted there as well. And also in Siebert's sex-pad in NYC on 30th Street and even at a hospital. Rachel…
Continue 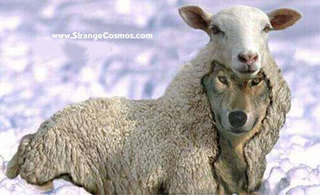 How come they do not produce facts and sue Scamraiders as required in California? They don't and won't as they are liars, thugs, thieves, perjurers sex abusers, tax evaders and corrupters of the courthouse in New York.

Ken Gomez, an extortionist, thug, perjurer and thief fronts and is the bag man for Pavia, Siebert, and Joe Burke. He has ranted on the internet for over a year. He has threatened, extorted, stolen and defrauded. Scamraiders has information about Gomez and sex… Continue

Administrative Judge Sherry K. Heitler of the New York City Unified Court, turns her back on larceny, malice, deception and disdain for due process, rules of law and the US Constitution

Administrative Judge Sherry K. Heitler of the New York City Unified Court, turns her back on larceny, malice, deception and disdain for due process, rules of law and the US Constitution perpetuated by judge Paul Wooten and well documented. Are you administering a court or a arena of collusion and ambushes?