Pavia uses his fascist tactics to interfere into Scamraiders reporting about Pavia's bribery and court corruption and assaults. Although all documented self styled elitist -phony George is forging lying, bribery, and cheating, with the aid of Kenneth Gomez, Joe Burke and vulture/gambler John Siebert, MD to try and gag freedom of speech and press and internet disclosures of Pavia's and cohorts crimes and extortion. It will not work. 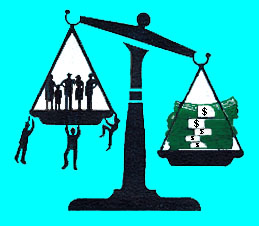 Scamraiders has now learned that corkscrew George, thug Ken, innovative Joe and vulture John have falsified documents to YouTube, interfering into the legitimate internet airing of 'Hitler haunts George Pavia & friends' by Jim Couri. Since there are over 200 similar video clips of the same video with different captions, the current & untimely 'block' on alleged 'copyright' issues is laughable.
This and other planned 'spoof' videos will be up and running promptly, including 'The Three Singing Vultures', 'Hitler Revisited', 'The Dancing Hitler with George' and 'Dinner with Hitler.'
Corkscrew vulture Pavia, who we have documented as a phony and a spiteful, assaultive fraud is now so rabid, Scamraiders is fearful of Mafia-style retaliations. Don't forget Pavia's criminal affiliations and thug extortion-monger Kenneth Gomez's interference into Jim's hospitalization and propaganda on the internet.