CENSUS SCAMS – BBB WARNS US CITIZENS TO BE ON THE LOOKOUT 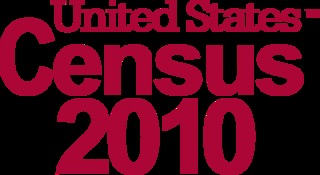 The 2010 US census forms have already been mailed out to most households in the United States. Unfortunately, these information-gathering documents have opened the door for a fresh wave of con men and scammers who are hoping to capitalize on the once-a-decade tabulation of American citizenship.
The first US census was conducted in 1790 and the US Constitution mandates that the survey take place every ten years. The figures collected are used for apportion of seats in the US House of Representatives among the states, as well as directing the federal funding of social and economic programs to certain states, areas and districts.

Scamraiders touched on the issue in an article about government-themed scams earlier this year, but with the census finally upon us and a warning to be on the lookout for online and in-person census fraud recently released by the Better Business Bureau, the time has come for a more in-depth examination of the types of scams being utilized by those fraudsters feigning affiliation with the Census Bureau.

In the past there was a ten question short form and a long form census. The long form questionnaire was mailed to about one in every six homes and in addition to the ten standard census questions included about 50 additional queries about daily commute times, housing factors and other socioeconomic and housing characteristics.

In 2010 the long form has been replaced by a continuous survey, the American Community Survey (ACS), which collects the detailed demographic data throughout the decade. About 2% of American homes will receive the ACS survey with the 2010 Census mailing, but it is a separate form and not part of the 2010 survey. Every census survey received and every census taker who visits a home in person will ask the same ten questions. This is a fact which needs to be hammered home, as most scams will be easy to spot once questions are asked which are not one of the ten standard US census survey.
A Bankrate.com article by Heather Lawson, filed in response to the warning released by the Better Business Bureau, identified four different types of scams expected in the months ahead. Some victims have already been successfully conned.
PHISHING SCAMS

Phishing, using an official-looking email to trick the recipient to share personal information via replying or clicking a bogus link, is a scammer tool we sadly mention with some regularity.

The census scam version looks like an official email, containing a Census Bureau logo and letterhead. One scam directs recipients to a website where they can fill out the 2010 census online. Another informs the victim they have filled out their survey incorrectly and asks them to reply with answers to certain provided questions. Both scams then proceed to try and extract personal information not required by the Census Bureau such as Social Security numbers, bank account information, or computer user names and passwords.

US Census Bureau spokeswoman Eun Kim, via the Bankrate.com article, says that filling out a survey online is not an option and no official emails will be sent out for the 2010 US survey. Ms. Kim recommends that if you do receive this type of email, do not respond.

Many of these were already mailed out earlier this year. In the Midwest, a mailing circulated which claimed to be the “2010 Census of Senior Citizens”. The bogus form asked questions such as “Should the Death Tax be permanently repealed?” and “Should Medicare benefits be means tested?” before eventually requesting a $25 donation upon its return.
Other bogus forms will seek victim’s Social Security numbers, or bank and credit card information. At this point, the bogus surveys should be coming in side-by-side with the legitimate 2010 US Census. Again, the official form contains only ten questions, none of which are going to include personal identity or financial information.

The Census Bureau will occasionally use the telephone to gather some information with citizens, but these instances are rare. If the caller claims to be from the Census Bureau and tries to collect personal or financial information they are most definitely a scammer. Some con artists have learned to utilize technology to their benefit and can cause the caller ID to come up as “Census Bureau” or some other similar name, so don’t be fooled.
SCAMMERS AT YOUR DOOR

In 2009, scams had already been reported in sections of Kentucky and Tennessee where someone showed up at a victim’s door claiming to be from the Census Bureau. They would ask a few census-style questions, as well as glean personal information like social security numbers and bank information, and then finally solicit a donation. The donation was to cover their “expenses”, such as gas money and lodging while taking the census.

Home visits by the 1.4 million census-takers will occur between May and July of 2010, and not before that date. If anyone at your door claims to be a census taker before then, they are most likely a scam artist.

Legitimate census takers wear a badge containing the taker’s name with signature and a Department of Commerce watermark. They also carry a black canvas shoulder bag which reads “U.S. Census Bureau”. In addition to the ID badge, the Census Bureau recommends asking for a driver’s license or other photo identification to confirm the taker’s identity.

Census workers will never solicit donations or any other type of payment. They will also only ask the same ten standard questions found on the US Census survey. If you have any questions about a census-taker visiting your home, the Census Bureau recommends calling the office in your region (link provided at the end of the article).

The initial official 2010 US census questionnaire has mailed out and most have been received at this point. As stated, there are ten standard questions on each census form and these do not change. If you are interested in familiarizing yourself with these questions, there is link provided below. Households not responding to the initial mailing will receive a second questionnaire. If the second form is not returned then, and only then, a census taker at that point will visit the home.

Remember; don’t give out your social security number or financial information to anyone or any mailing that claims to be affiliated with the US Census Bureau. If you do, you’ll be falling for the scammers’ latest attempt to cash in on a current trend.

http://2010.census.gov/2010census/pdf/2010_Questionnaire_Info.pdf
Regional office telephone numbers to call if you have questions when a survey-taker visits your home –