Gomez denies nothing and continues in his madness, maliciously spewing poisonous, lying rants in his desperation to derail Scamraiders and its publications of Gomez and his 'pals' – ringleader George Pavia, John Siebert MD, Joe Burke, Esq. and Russo & Burke -- conspiracy, obstruction of justice, bribery, perjury, tampering, tax evasion, medicare fraud and much more.

Now, he recklessly and pathetically weaves a web of concocted fraud, concerning Jim Couri's well-documented, grave medical situation. See Scamraiders' expose of the the despicable and un-denied crimes engaged in by Gomez including his perjury, defaults and corruption.

Gomez and his co-conspirators' misconduct is revealed in Scamraiders current articles and archives. Now, Gomez confirms and acknowledges the sociopathic criminal that he is - he utters from his contorted mouth to Jim, “I hope your cancer eats you up."

Jim surely regrets his medical situation. Contrary to Gomez's manipulations and reliance on corrupt courthouse conduct, Jim's grave medical disorders have been confirmed by over 20 operations for heart disease, cancer and other medical disabilities over the past 14 years.

Regretfully, Jim also reports that when he entered UCLA Medical Center on Dec. 15, 2009 for major thoracic-cancer surgery,he was forced to do so under an assumed name because he was threatened by Gomez and because his doctors harassed by this thug.

Gomez is a documented perjurer. Gomez's abuses, extortion and harassment of Jim, and the cadre of others who have been harassed by this mob-style thug, are well documented and will result in very serious consequences for Gomez and those for whom he fronts. Neither Jim nor Scamraiders will be extorted and will continue to expose and unmask scammers, swindlers and courthouse thieves including Gomez, Pavia, Siebert and Burke.

To further prove to all of you that Gomez is a fraud, we append affirmations from Jim's medical specialists, who are affiliated with UCLA, Columbia Presbyterian, Mount Sinai and St. John's/Angles Clinic medical centers.

These not only confirm Jim's grave medical situation, but reveal documents provided to the courts and the Appellate Division by Jim from 2006, confirming melanoma cancer, a fact the appellate division curiously chose to ignore.

Also, please find a document revealing Jim's entry into UCLA on 12/15/09 under an assumed name, solely because of Gomez's extortion, threats and harassment.

Sadly, the only hoax is Mr. Kenneth Gomez and his “allies in crime” George Pavia, Esq., John Siebert, MD, Joe Burke, Esq. and Russo & Burke, not to mention Ted Kohl and a medley of others. 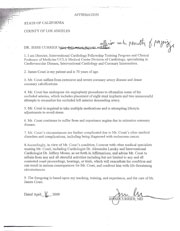 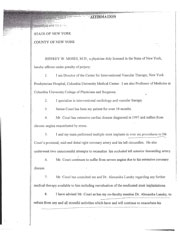 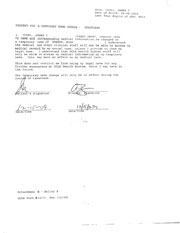 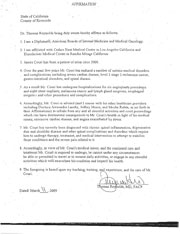 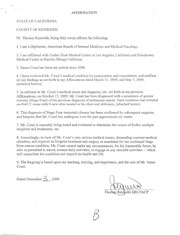 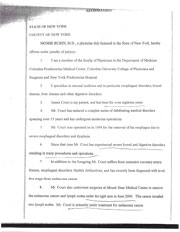 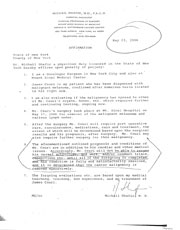 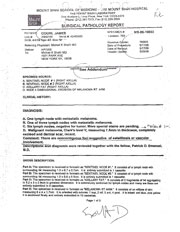