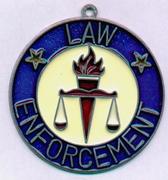 Lawyer George Pavia
George Pavia appears to have used his ‘connections’ to recruit a couple of malleable Judges in the New York Unified Court System to aid in re-writing Laws and Rules in his favor. In addition to the unethical court manipulations, Pavia, Burke, Gomez, and Siebert also used false criminal complaints with Law Enforcement to thwart and extort Jim away from pursuing his rights and money:
FALSE CLAIM #1 -- In 2002 Pavia filed a criminal charge against Jim for supposed harassment in New York State Criminal Court. Later the DA withdrew the charge and referred to Pavia as a ‘nutcase’.
FALSE CLAIM #2 -- In about 2004 Siebert was targeted by the Connecticut Dept. of Children & Families for allegations of being a pedophile. Cunning Siebert then filed a claim with the Manhattan DA’s Office, accusing Jim of ‘harassing him’ and filing the pedophilia charges, which Siebert claimed were false. This Siebert tactic did not work; the DA rejected it as preposterous.

John Siebert, M.D.
FALSE CLAIM #3 -- After Siebert and lawyer Joe Burke obtained all of Jim and Affiliates’ tax returns, Siebert/Burke continued their extortion scheme by taking the returns to Federal and State Prosecutors, which was a direct violation of a Court Ordered Confidentiality Agreement. This Siebert/Burke extortion also backfired and was rejected by Law Enforcement. The tax returns were proper and accurate.
FALSE CLAIM #4 -- When Jim brought a Suit (113512/08) against Siebert based on an October 2003 Notarized Agreement and Release, ‘resourceful’ Burke and vulture Siebert claimed the Agreement was a forgery. However, the Notary who witnessed Siebert’s execution of the Agreement and Release provided a sworn-to Affidavit confirming the signature of Siebert as valid, and stating that Burke and Siebert were liars. Apparently the use of forgery claims are normal practice for these charlatans as they filed similar phony documents in other cases, ie: Yann v Burke et al in US Federal Court, New York. Burke is apparently a pro on the subject of forgery and fraud.

Joseph M. Burke, Esq.
FALSE CLAIM #5 -- Jim filed an unopposed Motion to throw out Siebert’s bogus counterclaims in the court case brought by Jim against Siebert & his PC. The counterclaims are baseless and not supported by any documentary proof (Not to mention they are contractually barred). With this, Burke’s trail of corruption continued; Jim caught lawyer Joe Burke in the secretion of documents (Spoliation). Burke and Siebert were desperate to cover up their criminal secretion of a ‘Note of Issue’. Why? Because all Discovery that Burke orchestrated AFTER Mar. 22, 2006, when Burke secreted the filing of this important Document, was POST-NOTE, and thus ILLEGAL and barred. They had to scheme to rob and discredit Jim. Thus spawned Siebert/Burke’s next smokescreen/extortion scheme-- the corrupting of a Notary Jim used in California and their false claim that Jim forged the notary’s signature and used her stamp (albeit on Jim’s own Affidavits). Siebert/Burke wanted to set up Jim to make it appear that Jim wasn’t really in California; they desperately tried to claim Jim was ‘hiding in New York’. Siebert/Burke worked hard to concoct this extortion and then went to the District Attorney to cause Jim further injury and to obtain a commercial advantage. Again Jim had to spend time and money on these false claims. The US Attorney apparently seeing through the Burke, Gomez, Pavia, Siebert’s absurd scam, refused to entertain the Siebert/Burke bogus claims.

Kenneth Gomez, Esq.
Who knows what this unscrupulous gang of Burke, Siebert, Pavia will concoct next. Desperate people do desperate things. These despicable acts, coupled with the issues of corruption, bribery, and fraud in a flawed Courthouse is nothing new in history in the scope of spite and greed. Burke is and has been conspiring/scheming to steal Jim’s claims and money with the aid of Pavia, Siebert and Gomez. Burke has tampered with court referees, notaries, prosecutors and Judges. This is in addition to Pavia/Burke, et al’s theft of Jim’s Medical Malpractice $230,000.00 settlement, and theft of money subject to Medicare’s Statutory Liens on this money.
Professional Disciplinary Rules, (DR 7 105), makes it clear that ‘threatening criminal prosecution’---
“a lawyer shall not present, participate in presenting, or threaten to present criminal charges to obtain advantage in a Civil Matter”. These crooks led by George Pavia are lawyers. Yet they have abused Jim, Justice and the legal system unmercifully in order to serve their own illegal and unjust agenda -- MONEY-MONEY-MONEY. Additionally they have gone on a vengeful public character assassination campaign to discredit Jim with ugly despicable claims because Jim as a matter of law:
a) won Rent Stabilization, affirmed by the Appellate Division
b) has documentary proof of Siebert’s obligations signed by Siebert (including Notes, Contracts, and Guarantees)
c) caught Siebert and Pavia engaging in forging documents with the Dept. of Buildings, DHCR, IRS, NY State Tax Departments
d) caught Siebert/Burke/Pavia/Gomez tampering with court referees, judges and others
e) uncovered their perjury, fraud, deception, and systematic Federal, State income and gift tax evasion that was engaged in by these ‘dirty culprits’
As part of these con men’s scheme, they unleash ranting thug Gomez on the internet who has engaged in systematic fraud, harassment and malicious interference into Scamraiders business. All of their vicious attempts to go to Law Enforcement are phony and made solely to gain a commercial advantage. Undaunted, they continue to spread their poisonous lies and deception by Gomez, Burke and others: and keep publishing their false claims in order to harass and extort Jim and Scamraiders. They have harassed and continue to harass Jim, ABC/KESQ, Elder Abuse Companies, Google, Youtube, Jim’s Doctors, UCLA Medical Center and many others Scamraiders will continue to investigate and Report on the corrupt practices and ‘back-room finagles’ of these people and their unethical, un-American tactics. Have they conned the relevant Judges involved in these Cases, or have they been compromised and are therefore complicit in what can be a massive RICO scheme of fraud and Obstruction of Justice? Time will tell.