-- including sex abuses of patients and thefts of insurance money and narcotics abuse
Liar Dr John Siebert (after being told by NYU/Langone to cease and desist) is again falsifying his bio in his web site. Siebert is fired and 'canned' out of NYU/Langone hospital. This bum can not even enter the hospital, yet this predator sex rapist cons prospects by lying on his site, saying "I am still a professor at NYU.” Siebert is not a "professor" any where, he is a sex rapist, a pedophile and a fraud. Siebert also falsely claimed that he was on the 'faculty' of NYU/Langone. NYU threatened to sue him and he removed that lie. Now this sociopath lies again saying he is a 'professor' at NYU/Langone. Siebert is a fraud. He has has been evicted out of three medical offices, he has been charged as a sex rapist by many victims and was fired by NYU for sex and other abuses.
Siebert is under investigation by the New York State Health Department for molesting patients, see Diane Kleiman affidavit, Rachel disclosures, Linda M disclosures, tapes of informants, Muriel Karass police reports and other proof of Siebert's demented sex and narcotics abuses and acts. Siebert has been accused as a pedophile as well by Rachel, the state of Connecticut and others, all undenied by vulture Siebert. See on Scamraiders Siebert's new lies on his web-page about phantom affiliations with NYU hospital who fired the bum and will not even allow Siebert on the hospital grounds. Siebert is a danger to patients and is a confirmed sex predator. See Scamraiders and see Diane Kleiman and other victim disclosures about Siebert and confirm with NYU/Langone that Siebert has been fired for cause and is not in any way affiliated with NYU/Langone medical institution. 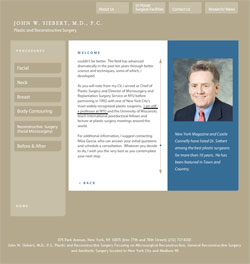