Diane Kleiman
Diane Kleiman, Esq was a patient of predator John Siebert. She was also a victim of a series of Siebert's botched surgeries. She swears that she was given contra indicated narcotics by Siebert and that she became addicted.
Then deranged Siebert began a program of sex acts with Kleiman conducted at his office, hospitals and from his home via phone sex. Kleiman details these acts spanning a number of years in her affidavit and over the phone during hours of interviews with Scamraiders investigators. Siebert despicably and repeatedly, according to Kleiman, drugged her with potent narcotics and sexually 'raped'& abused her physically, emotionally and mentally.
Siebert also conned Kleiman into allowing Siebert to defraud medical insurer Empire Blue Cross/Blue Shield by filing forged and false claims allowing Siebert to swindle Empire. Kleiman carefully details these criminal acts in her affidavit. 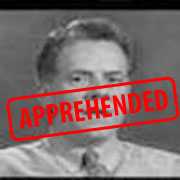 Vulture Dr. John Siebert
Kleiman finally reported Siebert's sex molestings and other violations of law to NYU/Langone Hospital. Hearings were held and testimony taken. Siebert was thereafter fired from NYU.
Now, Scamraiders has obtained a affidavit signed by Kleiman in July of 2010. The seven page document, sworn-to by Kleiman, reports in her words and in detail Siebert's criminal sex and other acts.
Kleiman is a lawyer and a former prosecutor from Queens, NY. Scamraiders is now posting the entire Kleiman affidavit for all to read. Hopefully, the revelations in it will caution other patients of surgeons to become careful as to what your doctor's background is all about.

Siebert is not the norm. He is a sick sociopath. He is a liar and dangerous as he has thugs on his pay-roll who extort, harass and abuse. He according to Kleiman threatened her. We hear that he and his lawyer Joe Burke is now trying to bribe and harass Kleiman who is desperate for money and Siebert will do anything to try and cover up his evil atrocious and inhuman acts.
Scamraiders has received detailed reports from other of Dr. Siebert's innocent victims as well. The Siebert expose and investigation and reports will continue exposing his abuses of patients and frauds on medical insurers, fraud, tax evasion, corruption and perjury.

PLEASE CLICK ON THE THUMBNAIL AFFIDAVIT BELOW FOR THE FULL KLEIMAN SWORN-TO STATEMENT REGARDING DR. JOHN SIEBERT'S SEX ABUSES. 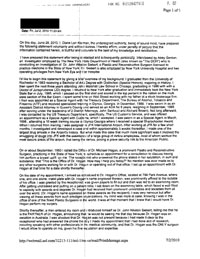