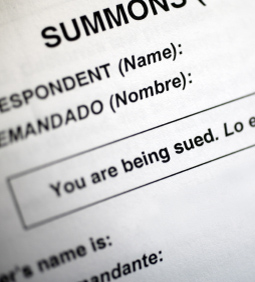 Scamraiders has just learned of the filed litigation naming defendants sociopath and sex vulture Dr John Siebert and yet another doctor conned by rogue Siebert Ellen Gendler Md a dermatologist, located at 1035 5th Avenue and supposedly affiliated with none other than NYU/Langone hospital in NYC. The action is filed in NY supreme court NY county on 3/23/11 (index # 8001052011).

Quack Dr John Siebert was long ago canned out of NYU/Langone hospital in part because of Siebert's sex and narcotics abuse and reported healthcare fraud involving Siebert, his patients and others yet scoundrel John Siebert continues to contaminate the hospital and its doctors by his corrupt and fraudulent ways, we will see how Siebert lured a new round of victims into his phony scam medical practice including plaintiff Deborah Schindler and his co-defendant Ellen Gendler Md.

Dr John Siebert is a well documented phony, con artist, sex vulture and a swindler who has injured many physically, emotionally and financially. He is a self indulgent sociopath and fraudster.

Siebert we are told has also been booted out of 875 Park Ave NYC as a illegal squatter in the Dr Glenn Jelks office and as a documented undesirable sex offender and thief, this is the 4th eviction of Dr John Siebert out of NYC medical offices over the past few years for cause.

We wonder who conman Siebert will ripoff next?

We don't believe any landlord will rent a office to Siebert and surely no coop or condominium will approve Siebert as a tenant as he is a menace, a sex offender, an accused pedophile and a thief.

And Siebert owes a fortune in unpaid notes, guarantees and other debts and untold taxes in evasion schemes and recoveries due arising out of Siebert's reported healthcare swindles. Siebert is not creditworthy and is a 'deadbeat' who simply swindles and does not pay his agreed to obligations.

Sadly flimflam doctor John Siebert may yet con another doctor to allow him space illegally without landlord approval but he again will be caught and again evicted in a nutshell Siebert is 'a trapped rat'.

The options for swindler Siebert are becoming bleaker and closing down.

The medical community in NYC is on to him, as is the medical profession throughout America

John Siebert Md it seems has no where to go in new york city except to now try and con another hospital in another state and start molesting and ripping off patients all over again.

We will report further on this newly filed legal case and charges against doctors Siebert and Gendler as it develops.