Dr. John Siebert and his thug attorneys, Joe Burke and Ken Gomez have gone 'underground' and into hiding - just like rats when the exterminator begins 'exterminating' 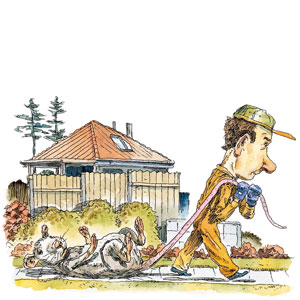 Dr. Siebert and his thugs look like they are 'on the lamb'----from their rampant abuse of many, dozens of harassing and threatening letters, illegal and barred motions, in violation of a injunction, tampering, collusion, spoliation, extortion, threats, willful and contumacious conduct, manipulation and documented obstruction of justice, and a plethora of acts of malice, fraud and ambushes and tax scams - to silence and hiding - just like the rabid-rats that they are and Scamraiders has documented and that these scoundrels have not denied in court pleadings and to Scamraiders. They tried smokescreen interstate fraud but no denials - whats up? Is Siebert and his thugs finally a 'target' for their acts of thefts and other crimes? Is Burke a target for his corruption, thefts along with Siebert including robbery of Medicare-liened recoveries, thefts of Burke's legal and other fees rooked from insurers, perjury and fraud on the courts, and suborning perjury? Have the 'real-guys' finally read and re-read Ms. Kleiman's affidavit confirming Dr. Siebert's criminal acts, forgery, rapes and insurance fraud.----------and taking the charges seriously  along with other of Siebert's victims' charges and other proof of Siebert's criminal acts and thefts.
We ask all - take a read of the Diane Kleiman affidavit and her 'sworn-to' statements in particular. Ms. Kleiman's confirming that Dr. Siebert intentionally and with intent to defraud - 'falsified her medical chart' and that Siebert defrauded insurance carriers by false and fraudulent insurance claims resulting Siebert's theft of close to a million dollars from insurers on the Kleiman medical case alone.
If a investigation is done Scamraiders, on information, believes that Siebert committed this kind of insurance fraud for years. It's like the well-known cockroach theory - there is never 'just-one cockroach' - when you find one there are hundreds hiding.
Scamraiders wonders why these corrupt Siebert and his prat-boys are in hiding? Is 'Big-Brother' now on to these railroading trickster-outlaws? Scamraiders and the dozens of Siebert victims who have been raped and fleeced and extorted by Siebert and his thugs hope and pray for that justice will be served exposing these sociopath and documented crooks. See Kleiman affidavit, and Linda M. and Ms. Rachel's exposes on Dr. Siebert's vulture and larceny activities.
These  bad guys and disgraces to the professions of medicine and law can not be permitted to abuse, rape and plunder without finally paying for their transgressions thefts, and corruption. They say 'time to dance and time to pay the fiddler' for the fraud, fraud and more fraud, thefts, rapes and corruption - Siebert, Burke, Gomez---its time!!!