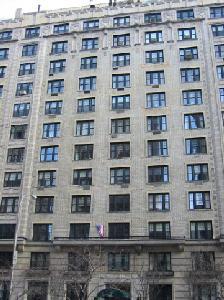 Siebert has been evicted out of his 'squatter' occupancy in the Jelks medical office - yet Dr. Glenn Jelks still has not disconnected Siebert's office phones thus conning and misleading victim patients who call Siebert's phone making the caller believe that Siebert is still in that office rather than the facts that the quack Dr. Siebert has been evicted for illegal occupancy and is on the street where he belongs.

Siebert is a proven sex predator and fired from 4 NYC hospitals and evicted out of 4 NYC medical offices as well - not to mention charges of healthcare fraud, perjury, obstruction of justice, thefts of moneys from investors, tax evasion and charges of narcotics abuses. Siebert is a reported phony a liar and a quack/thief.

We hear that Siebert is now, and after eviction, sneaking into the 875 building with the aid of Jelks and is conning patients in the very office that Siebert has been evicted. More frauds by Siebert and Jelks.

Siebert is under investigation and the Jelks Group's acts are very suspect by violating the law and their mandates pursuant to their co-op obligations that Jelks continues to appear to violate.