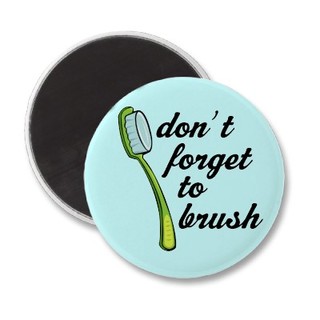 But only after Johnnie-boy swindles Wellpoint-Blue Cross-Blue Shield for over $1,200,000.00, according to lawyer Diane Kleiman in her sworn-to affidavit

Dr. John Siebert is a documented sex offender, a confirmed swindler, a disgraced doctor and an established perjurer. Siebert carries a toothbrush in his pocket 24-7 to brush his teeth after 'oral-sex,' as confirmed by his sex victims, Diane Kleiman and Ms. Rachel. Siebert has engaged in illegal oral and other sex acts in closets at NYU and other hospitals, raping victims and feeding them illegal narcotics – Johnnie-boy needs toothbrush and paste!!!!!!

Siebert has raped, molested and abused many patients and has caused many of his victims to be forced into mental care due to Siebert's abuses and sex and narcotics misuse. Siebert is a sociopath who has used innocent patients in order to placate his self indulgence and sexual desires as he has told many that he had no life - sexually, physically or emotionally with his wife, Kimberly. Siebert has also admitted to Ms. Rachel his need for sex with young/minor boys and girls.

Siebert was investigated as a pedophile by the department of children and families and currently by NY State Department of Health.

Siebert has been fired from NYU-Langone, Lenox Hill and Manhattan Eye and Ear hospitals and evicted out of four medical offices for sex abuses, fraud and non-payment of rents.

Siebert also has swindled many, engaged in rampant perjury, secretion of evidence, fraud on the NY courts aided by a corrupt lawyer, Joseph M. Burke of Russo & Burke, Esqs.

Siebert is a pimp-doctor without conscience or morality. He raped Diane Kleiman while engaging in a scheme (sworn-to by Kleiman) of healthcare frauds and thefts, ripping off Empire Blue Cross-Blue Shield-Wellpoint for over $1,200,000.00. Siebert robbed the insurer, as sworn to by Kleiman. Why is Siebert not in jail?

Siebert is now 'on the lamb,' but the day of reckoning for all of 'Jojnnie-boy's' corruption, sex abuses, thefts will be coming soon.

Dr. John Siebert is a fraud and a person without integrity and belongs in prison. Much more on Siebert coming soon, as his victims are coming forward and exposing Siebert's corrupt acts and sex crimes.