New York Professional Disciplinary Rules mandate that lawyers do not engage in conduct involving dishonesty, fraud, deceit, or misrepresentation. It is also mandated that lawyers shall not present or participate in presenting, or threatening to present, criminal charges to obtain advantage in civil matters. See Professional Disciplinary Rules in Scamraiders Archives. These Rules and companion Criminal Codes are supposed to protect the public from being victimized and targeted by crooked lawyers and others. Not used as DECOYS by the unscrupulous to divert law enforcement’s attention away from the real crimes and criminals. In fact, it is a crime to file false claims with law enforcement. 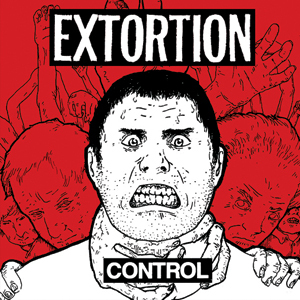 All of the forgoing said, the “Gang of 4” --- George Pavia Esq., Kenneth Gomez Esq., Joe Burke Esq., (Russo-Burke), and John Siebert MD have threatened, and in fact filed repeated phony claims about our Founder, Jim Couri, to gain monetary advantages and as smokescreens to cover up the Gang of 4’s---Medicare fraud and conversion of a fortune in MSPRC-Medicare liened money; rob Jim of his Rent Stabilization rights; and steal over $20million in documented claims, promissory notes, guarantees and other commitments due from Siebert and his PC, as set forth in Jim’s Complaints in NY Cases, Index #113512/08 and Index # 107240/04.

Facts and documents confirm that Burke, along with cohort Gomez became desperate when they figured out that Jim was ‘on to them’ and uncovered their Spoliation, Medicare thefts, tampering, tax evasion, bribery, and obstruction of justice. Being the bungling criminals that they are, they found a willing target and accomplice. A desperate, money-hungry, drug using California Notary who had lost her job, and who was previously cited by California Notary Division (as per Director Mr. Tony Black), for notary infractions. Easy pickings! So front man pimp-thug Gomez and co-conspirator ‘sleepy’ Joe Burke, in or about mid 2009, got to and finagled/recruited this Notary ‘Ohanian’ who had previously during 2008 notarized a number of Jim’s Affidavits. It seems that the Notary lost her job in the mailroom where Jim had an office in Beverly Hills CA, from July through Dec. 2008. And thusly, needed money. Gomez got his hands on to the Ohanian ‘Notary Log’. All of a sudden the Log displays Gomez Fax transmission number on the Log pages and displays obvious forged entries in it to shore up there illogical

allegations that Jim forged Ohanian’s name and notary stamp on his own truthful Affidavits. Any moron who was impartial to this ‘Gomez/Burke Grand Theft’ would promptly ask---for Jim: to what end this silly act? --What did Jim gain by such act? ---What reward for Jim? ---Notary persons are all over the place in Los Angeles. This false claim proffered by Gomez/Burke was then (with intent to extort Jim and further tamper with the Courts and Jim’s claims) submitted, as an outrageous decoy-deception, to the US Attorneys Office---concocting that Jim forged this notary’s signature on his own truthful Affidavits. This act is just one of a series of despicable, unethical maneuvers and phony claims Burke/Gomez have perpetuated. What possible gain would Jim have to forge a notary to his own Affidavits? Usually when someone commits an improper or illegal act, it is for some sort of unjust reward and or gain. Any idiot can see these Burke/Gomez claims are just a diversion to shroud their own criminal and corrupt acts. This Burke/Gomez scheme was concocted purely to attempt to discredit Jim’s truthful Affidavits, which factually sink Siebert and cause him to finally pay his obligations. HYPOCRACY and deception by THE GANG OF 4, in living color.

Meanwhile, Siebert and Burke also have engaged in more crimes--- criminal Spoliation, secreting filed documents, compromising Court Officials, Obstruction of Justice and Medicare Fraud etc. They have now become even more desperate. They, along with misusing the law---- harass, lie and extort through a internet blog; contact third parties for the sole purpose of malicious interference; and continue to file false claims about Scamraiders and Jim. When asked, Jim who is in cancer treatment says, “these bums are like the Four 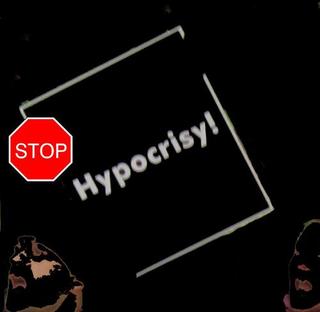 Stooges---they concoct absurd scenarios to cover up their own swindles. If it were not for their corruption, bribery and cheating a fragile Court System, they would have been put away long ago”.

Gomez, an attorney who is supposed to follow the ethics of Professional Disciplinary Rules, misleads, harasses and maligns in his solely-dedicated-to-extort-Jim-Couri Blog site. Gomez recently writes the following and published his ‘flim-flam’ on the internet:

"Notably, the US Attorney’s Office Southern District of New York, during their investigation into the forgeries, spoke to Couri on his cell phone on or about Oct. 1, 2009 and triangulated Mr. Couri’s location and determined that Couri was in New York. Couri defrauded the New York Court by claiming he was too sick to travel from California to New York when he was able and in New York. Further, Couri forged Ms. O'Hanian's signatures to his Affidavits because to have used a NY Notary would have disclosed to the Court he was in New York." 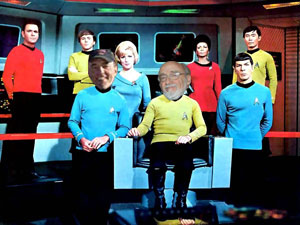 Pavia and Gomez Triangulate Themselves
Not only is this a ‘Alice in Wonderland’ pathetic transparent lie, the US Attorney advised Jim’s Lawyer that the Government had no intention of pursuing these Gomez/Burke charges. On information and belief, Burke, Gomez and Pavia continue to press their ‘smokescreens’ and corruption, by fabricating claims, and trying to manipulate and compromise the Unified Courts. The end game? To extort rob and discredit Jim-- obstruct justice. Jim did speak to an ‘investigator’ from the US Attorney’s Office at or about Oct. 1, 2009; a phone call based on and instigated because of the illegal and phony claims made to the Government by Gomez-Burke, et-al-- ‘about the notary’. Contrary to Gomez outright lies, Jim at the time of this conversation was physically in Palm Desert, CA, and has not been in New York since early June 2008, except for one day in or about December 10, 2008.

The Gomez’s bogus ‘rationale/recitation’ is the only remote reason Burke/Gomez could concoct about Jim’s supposed misuse of notary Ohanian’s Stamp on Jims’s own Affidavits. Gomez then goes into ‘Star Trek World’ with his moronic claims of the US Attorney’s supposed ‘Triangulation’ of Jim’s location at the time of a brief phone call. Gomez is not only liar, his acts are criminal. If the Government ‘triangulated’ Jim’s location at the time of the Oct. 1, 2009 phone call, he was in California; and it is doubtful that the Government would have any such ‘dialogue’ with a ranting pimp---Kenneth Gomez, Esq. The US Attorney knows of Jim’s creditability, as Jim has aided Law Enforcement and the Criminal Division of the IRS over thirty years.

Gomez, Burke, Pavia, and Siebert have repeatedly violated the Law and Professional Disciplinary Rules solely to gain a commercial advantage and retaliate against Jim. What is very alarming-- the fact a Judge, Michael Stallman, was bought into this ‘gang’s’ set up. Stallman knows Jim is not an idiot ----why would a judge not ask himself---- why would an intelligent man engage in such a meaningless act, with no monetary gain, while in California where numerous notaries are available? The scam Notary charge was the only pathetic fantastic claim that frantic Gomez/Burke could muster up. This is just a continuation of the corruption and dishonesty spawning from these bungling crooks’ desperation to cover-up their own documented crimes of fraud, obstruction of justice, bribery, extortion, harassment, spoliation, and filing of false claims.

Unbelievably, these well documented criminal Lawyers and a Doctor are still walking around and not yet incarcerated, where they belong.