Scams Inc and Scamraiders and its investigators and staff have been scouring court records, pleadings, decisions, hundreds of documents and interviewing informants, and reviewing the decisions and orders of involved judges, referees, the appellate division, and the letters and comments generated from the disciplinary commission, and the commission on judicial conduct.

We have reviewed the pleadings filed by George and Antonia Pavia at the DHCR, and the DHCR findings, the DOB and their findings, the over 10 dob investigators violations issued against the Pavias and their brownstone 18 East 73rd Street nyc. We have reviewed the findings at the ECB court and the ECB court appeals division. We then have reviewed the incestuous decisions generated by JSC Joan Madden, in the various Jim Couri-Pavia cases spanning years 2002-2008; the various decisions/orders generated in the Jim Couri vs Siebert cases--
Generated by JSC Harold Beeler, JSC Sherry K. Heitler, Referee Bernard Fields, JSC Michael Stallman, referee Louis Crespo, Referee Leslie Lowenstein, Referee Jack Suter, and JSC Paul Wooten. We then reviewed all pleadings involving the robbery, collusion and conversion by front Kenneth v Gomez , Esq. of Jim Couri's stolen $230,000.00 med mal settlement that by manipulation, fraud, courthouse negligence, legerdemain and corruption over$200,000.00 was turned over to Gomez circumventing a Medicare lien and lien of secured parties---

Not to mention the documented fraud and perjury engaged in by Gomez and others who 'cut-up' the ill-gotten stolen insurance money. That same court and judge issued orders involving tens of millions of dollars circumventing Medicare liens to lawyers who decided to ignore Medicare and the Judge Abdus-Salaam turned a blind eye for years--her reward, her elevation to the Appellate Division 1st Dept.--a fitting reward for at best negligence and at worst---ask JSC Madden, perjurer money launderer Kenneth V. Gomez and mob front George Pavia---

Then JSC Madden in a rouse to 'insulate Pavia' writes an order precluding the filing suit against the Pavias without Maddens permission. All the while Madden condoned Pavias perjury, threats, assaults and extortion of Jim Couri all witnessed by others--of course JSC Madden ignored George Pavias unholy alliance with contractor ted kohl who submitted 5 phony perjured affidavits in support of Pavias bogus claims that he conducted a fake 'substantial renovation' to 18 E 73rd St, NYC. The DHCR found Pavia and Kohl to be perjurers and the ECB court found them to be perjurers, and malleable Madden precluded these findings and she concocted a phony picture for the Pavias ignoring their corruption, other court findings and illegally precluding the prior court and DHCR findings----that the Pavias were corrupt and perjurers and forgers---see DHCR findings and about 10 ECB court findings, ECB appeal findings and the findings of JSC Lebedeff and JSC Rolando Acosta------

JSC Joan Madden by her own actions, failure to act, absurd manipulations of the law and self-serving gibberish has disgraced the integrity of due process-------

Scams Inc/Scamraiders will continue to expose the unified courthouse follies and forays in to cronyism, collusion, corruption, thefts of due process, and corruption and also continue to open the Madden-Pavia cans of worms and report all to the world and to federal law enforcement and others----

This activity sadly has resulted in thefts of the rules of law and unjust enrichment for corrupt lawyers, the Pavias, Siebert and crooked public officials all of which is now clear and convincing by documentary proof-----see RICO statutes-----

Who does JSC Madden think she was kidding by her corrupt antics and kangaroo decorum? Her rewriting of laws, preclusion of prior findings, collateral estoppel and res judicata violations and ignoring the rules and statutes to rob legal rights, money and home from a sick senior citizen is despicable, illegal and part of what we believe is a us code title 18 RICO scam activity involving very grave consequences for the actors involved and the misuse of the public trust and violations of rights under the us constitution---as well as racketeering ---see title 18 chapter 96 and section 201---bribery--------

We then reviewed the decisions of JSC Joan Carey, JSC Judith Gische, JSC Shelia Abdus-Salaam,----regarding the perpetuation of the theft of Jim's med-mal 'blood-money' stolen by corruption and courthouse cronyism----fact not guess-work--- the facts are clear and convincing a puzzle when put together piece by piece makes a case of RICO corruption, bribery, obstructing justice, thefts, money laundering and extortion---

And the decisions at the appellate division as they relate to the Couri v Siebert case and the flouting by Siebert/Burke of a injunction, secretion of a note of issue, spoliation and willful acts of disobeying a broad and sweeping injunction inter-alia-- precluding the motions made by Siebert and Burke and illegally and improperly decided by various referees and trial court judges all in violation of the injunction mandating that all such illegal decisions and appellate decisions be vacated and expunged as generated in violation of the injunction---

The patterns of collusion, corruption and clear and convincing tampering as evidenced by internet email records, phony decisions and orders, ignoring perjury, forgery, suppression of evidence, violating injunctions, precluding material evidence all targeting the millions of dollars in Jim Couri's unconditional claims against Siebert and Jims well documented and secured rent stabilization of his home and the Pavia brownstone rights secured by Jim and the DHCR and robbed by the Pavia's by bribery, collusion and corrupting JSC Madden. The pattern of Maddens acts and her spite, greed and targeting of Jim is clear as crystal as her decisions and schemes to insulate the Pavias and railroad Jim by depriving and precluding material facts ad-nauseum is a despicable and transparent disgrace---

In addition we have uncovered and have proof positive and documented evidence of mail, internet and wire fraud involving Referee Jack Suter, JSC Paul Wooten, JSC Joan Madden and JSC Michael Stallman, and others and we have proof of money laundering engaged in by Kenneth v Gomez , Esq., extortion and bribery.

We are convinced by the puzzle being put together piece by piece that from the corrupt thieving acts of criminal George Pavia , Esq. and his despicable thieving wife Antonia and their well-advertised M.O. to recapture rent stabilization were prepared 'to do anything' as published by Itkowitz and Harwood , Esqs-----the Pavias made their deal with the devil and by corruption , perjury, obstructing justice, fraud, tampering and forgery for a while got what they bargained for. Then Madden when she realized Jim was on to her she reached out and corrupted the Couri v Siebert case, and interfered into Jims med mal recovery and with a little help caused the theft of that money for the benefit of Pavia, his bag man Gomez and Siebert/Burke. More lies and cover-ups no longer will work as we at Scams Inc/Scamraiders are dedicated to putting this racketeering enterprise in the public domain and in the hands of the department of justice and the federal courts.

We refer all to title 18 chapter 96---racketeer influenced and corrupt organizations-----'racketeering activity' and sections 1961-1968 and amendments----- and we refer all to us code: title 18 201, bribery of public officials and witnesses.-------these will also be below.

The mandates for RICO is racketeering activities of at least two within 10 years----in RICO there are treble damages, property forfeitures, seizures of property derived from the RICO enterprises see sec 1964 and sec 1963 civil and criminal remedies RICO---

If we are correct, (and we are convinced that we are and the evidence confirms the racketeering and corruption), in our investigations into these matters as they relate to a RICO case and RICO activities there are far more than the 2 required in 10 years----here there are over a dozen and still counting involving the Pavias, Siebert, Gomez, Burke, Russo and Burke and their rampant and documented acts of bribery, collusion extortion, threats, money laundering, obstruction of justice, dealing in controlled substances, influencing judges, referees etc. by tampering, bribery and collusion and interstate wire and mail fraud----

And there are now as we speak a pile of undecided motions in the Couri v Siebert cases before JSC Paul Wooten, who on Sept. 1, 2010 engaged in clear and convincing telephone-wire fraud interstate in a court proceeding lying and manipulating to deprive Jim of his rights and to cover-up the injunction violations by Siebert and Burke. Wooten’s subsequent conduct is further proof of collusion, fraud and obstructing justice.

Why would a presiding judge repeatedly lie over the phones to try and set-up Jim a pro-se plaintiff over the phones? In a proceeding over the phone lines while JSC Wooten is on the bench and donning his 'black robes'----then the supposed 'official court transcript' is tampered with clearly trying to shroud Wooten's systematic attempts at railroading and deception-------we have the proof of the Wooten charade and attempted scam-------

The criminal conspiracy spawned from the demented, greedy and distorted minds of George and Antonia Pavia and thereafter joined in by disgraced sex vulture and healthcare thief Dr. John Siebert along with a medley of corrupt lawyers including but not limited to Kenneth V. Gomez , Esq. Joseph M. Burke , Esq., Russo and Burke , Esqs. is being peeled away and exposed like pealing a stinking onion-----each week that passes we receive more proofs of this systemic system of abuse of power, corruption at the courthouse, crooked lawyers and cover-ups by unified courthouse judicial bandits, while honest judges continue to be thwarted and frustrated by their corrupt 'brethren'------

All investigative findings, exhibits, recordings, court pleadings, decisions, orders, letters, affidavits, informants, etc., and all other evidence and admissions---- when complete ----- will be turned over to the U.S. Department of Justice, Washington D.C., attn: Mr. Lanny Breuer and also to the FBI and to the U.S. Attorney’s Office in the Southern District New York------ and to others for civil action against all involved actors. 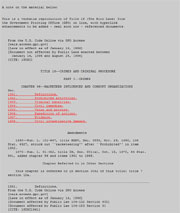 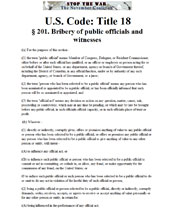