Scamraiders has uncovered numerous Court pleadings, exhibits and documents that appear to establish beyond any doubt that John W. Siebert MD and his PC (Siebert), and Russo & Burke Esqs., Joseph M. Burke Esq.(Burke) have engaged in rampant corruption and fraud on the New York Courts and on Scamraiders’ Founder Jim Couri. Records seem to verify Siebert/Burke’s scheme, spanning over five years, to cheat and corrupt the Courts and, as a result, steal Jim’s claims against Siebert, which exceed $20 million. These Siebert monetary obligations are documented and have all been agreed-to by Siebert signing, many before Notaries, numerous Agreements, Notes, Resolutions and other Contracts. Apparently, Burke and Siebert have meanwhile secreted many items of material evidence, corrupted Court Officials,

demanded discovery that was barred, precluded and illegal, and engaged in fraudulent and ex-parte communications by email and otherwise with at least two Court Referees. It appears that Burke/Siebert also have perpetuated fraud on the Appellate Division First Department in New York City in an orchestrated plot to steal Jim’s claims against Siebert.

Jim, who will not comment on the Court files and Scamraiders findings, due to a supposed “Gag Order”, has advised Scamraiders that he does intend in due course to seek redress and substantial damages against Siebert and Burke, and others, in both State and Federal Court pursuant to the RICO Statute (which affords a plaintiff the right to treble damages). The evidence against Siebert and Burke appears undeniable. Many documents uncovered by Scamraiders have been signed by Siebert or Burke and appear to establish repeated illegal activities, 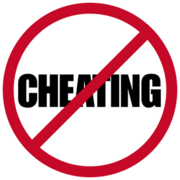 deceptions and frauds persisted by Dr. Siebert and Lawyer Burke on Jim and on the Unified Court System in New York. The Court Records also seem to establish that Burke repeatedly violated Disciplinary Rules, various Penal Codes, and Civil Practice Laws and Rules, in an apparent scheme to defraud Jim and the Courts for a corrupt agenda and the unjust enrichment of Siebert/Burke. Jim’s only current comment is that Burke/Siebert’s conduct has been and continues to be despicable, willful and probably criminal. Stay tuned to Scamraiders for this developing expose.