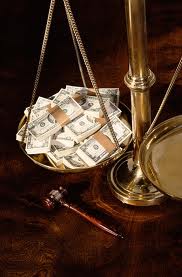 George Pavia, Esq., in his lust to cheat, rob and plunder the rules of law, bribes and corrupts the Unified Court System in New York.

George Pavia, Esq. and his wife Antonia are greedy sociopaths and fakers, who at all costs worship money no matter who they steal it from.

Scams Inc/Scamraiders have documented that the Pavias and their adult children, Jullian and Philippa and a couple of others, have robbed the tax man for undeclared gift taxes, income taxes, extortion and bribery, and they have robbed Antonia's mother and father - the Pierces - of their home on East 77th Street in NYC.

The Pavias, rabid with spite and greed, went nuts when Jim Couri secured rent-stabilization for the Pavia brownstone 18 E 73 St., NYC, where Jim had an apartment, which Jim spent a fortune on in improvements.

The Pavias, in their corrupt and swindling manner, used bribery, collusion, ex parte interactions, perjury, forgery and fraud in concert with a corrupt Judge Joan Madden in order to railroad Jim Couri and by abuses of the courts and deprivation of due process, phony documents allied with madden robbed Jim’s rights.

The Pavia courthouse scams and bribery began to unravel . . .

In the process, and becoming more desperate, Pavia orchestrated a theft of Jim Couri's liened Medicare funds by yet more courthouse meddling, corruption, collusion and frauds - aided by Madden, who interfered into motions before at least four other judges who we will name later when more proof we are waiting for in evaluated. One can only ask why a judge would not follow the rules of law in a pattern to rob a self-represented litigant who is ill from his blood money----a med mal settlement----and turn it over to Pavia and his thugs? S clear kangaroo courthouse back-room theft by a corrupt, bribing thief George Pavia and bandits in black robes, whipped up by trapped JSC Joan Madden------as they say----'if it walks like a duck, it ain’t an elephant'------

Ms. Madden, you went too far.

JSC Madden has woven her dirty work by polluting other judges to 'get Jim Couri,' but we have unmasked the entire scam-------

But as they say in Italian, 'the fish stinks from the head' and in this deal, the head is fascist-mob-front-criminal George Pavia and his family of criminals, who, for illegal self-enrichment, used and corrupted Joan Madden and her malleable black-robed pals ensconced in the courthouse in NYC.

They then got to the new back-room farcical selection – Brooklyn’s favorite son, Paul Wooten, who has engaged in rampant tampering and corruption topped by interstate fraud, doctoring court transcripts and manipulating the rules of law and injunctions. Wooten, on tape, reveals his corrupt agenda by trying in a court proceeding to ambush and railroad Jim.

Madden and Pavia lead us to the clear and convincing RICO corruption and despicable courthouse abuses and thefts of justice and constitutional rights. Stay tuned, as more and more evidence is mounting up and corkscrew George Pavia is revealed, exposed and denuded as the corrupt, briber, thief and criminal that he is.

Mr. George Pavia, you and your family will be paying all mandated damages - three-times - as set forth in RICO and you may be a guest to the government, along with your conspirators and mob buddies.

And if any one mentioned in this expose wishes to refute any charge herein, we will post with our reply and proofs.