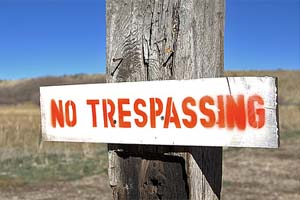 These desperados, Pavia, Siebert, Gomez and Burke have now hired a thug to impersonate a prospective tenant to gain access to our office space. The 'impersonator' today - gave the office building receptionist a phony name, (Bob Jones) then answered his ringing cell-phone with a different name, (Nick).

Further to that - this man was video- monitored by the building surveillance equipment, and he is a liar and a trespasser - as neither Scamraiders or Mr. Couri knows this person, these antics perpetuated by these thugs is a repeat performance which caused Jim to enter hospitals under assumed names as Pavia has threatened Jim repeatedly; Siebert and Gomez and Burke have extorted and harassed Jim and Scamraiders.

Well, Mr. Bob Jones or Nick has lied, falsified and trespassed and we have his image on video disc. See Scamraiders for more on this matter trespass.