Lawyer George Pavia
“Why would lawyer George Pavia not endorse one of his own former employees, Sonia Sotomayor, whose record is outstanding as a competent, qualified judge with a history of impeccable integrity? Why did Mr. Pavia avoid any statements or interviews in response to many legitimate overtures from the Press about this fine lady, the President’s Supreme Court Designee, Judge Sonia Sotomayor?” FYI: Jim was a litigant before Judge Sotomayor in about 1994 in the Southern District of New York and found Judge Sotomayor to be a forthcoming, “no nonsense”, attentive Justice. On the obverse, with Jim’s personal experience, having litigated a highly

A George Pavia Buddy?
disputed landlord/tenant case, involving George Pavia and some of his criminal affiliates, such as jailbird Ted Kohl, as well as ongoing conspiratorial antics spawning from George Pavia, Jim has less than stellar comments about “landlord/lawyer Pavia”. (link to Pavia & Kohl). Jim tells us that he’s pleased about the choice of Judge Sonia Sotomayor for the Supreme Court and applauds President Obama for his insight regarding this important appointment.

After working 5 years as an Assistant D.A. in Manhattan, U.S. Supreme Court Justice Designate Sonia Sotomayor worked at the Pavia & Harcourt corporate law firm between 1984 and 1991, eventually becoming a law firm partner of a Manhattan landlord named George Pavia. Ironically, during the period when former New York City prosecutor Sotomayor worked at Pavia & Harcourt (and sat on the State of New York Mortgage Agency board of directors) her law firm partner apparently was violating New York City's rent stabilization law. As a December 10, 2006 article in the New York Times reported:
"Mr. Pavia bought his building in 1977 for $365,000, renovating its first three floors as his family’s residence and allotting the four apartments above as rental units…. 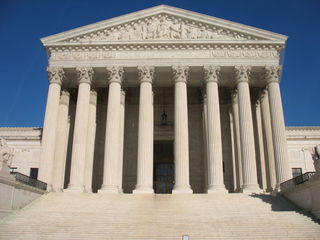 Ronald L. Kuby
Mr. Couri once retained, Ronald L. Kuby… Mr. Kuby said he considered Mr. Pavia a bad landlord who bullied his tenants. ..
“Mr. Couri did some digging of his own in 1999 and, after inquiring with neighbors, discovered that 18 East 73rd Street was subject to rent-stabilization laws; he says he was incensed that Mr. Pavia had not notified his tenants of this fact.

"After New York state housing authorities notified Mr. Pavia in 2002 that his building was subject to rent stabilization, he spent several months disputing the judgment… “

Meanwhile, Mr. Pavia began eviction proceedings against Mr. Couri in 2002, heightening a series of legal battles. "As tensions between Mr. Pavia and Mr. Couri reached a boiling point, Apartment 3B endured its own stresses. Mrs. Couri says she was painting on her terrace in 2004 when heavy chunks of ice that had settled on its transparent rooftop caused the structure to collapse in an avalanche of glass. ..


"Mr. Couri filed a complaint with New York City officials, who fined Mr. Pavia $2,500 for construction violations and filing false permits and ordered him to rebuild a section of his brownstone according to code. And as the terrace was no longer deemed to be “living space,” Mr. Pavia was forced to lower Mr. Couri’s rent to $1,490 a month and pay him a refund of $4,000…


"So far the law has not been on Mr. Pavia’s side. In nearly three years of eviction attempts, the court has repeatedly said that Mr. Pavia has been unable to prove that Mr. Couri is a “nuisance” or has engaged in “criminal harassment.”


"Pavia & Harcourt isn't likely to ring too many bells outside t...