Glenn Jelks, Elizabeth Jelks and Jelks Medical maintain a medical office at 875 Park Avenue, they have a website, there is no mention of Dr John Siebert

So, what is sex rogue Siebert doing occupying space in the Jelks Medical suite without 875 Park Avenue board of directors and managing agents applications approvals or knowledge?

Glenn and Elizabeth Jelks and Jelks Medical own and occupy a coop medical office at 875 Park Avenue, for their use as doctors, not to sublease that space to undesirables and without proper compliance with the rules of 875 Park Avenue and under the radar.

Siebert's website makes no mention of Jelks and Siebert has been evicted from other medical offices, and has been fired for sex abuses and other illegal acts by 3 or 4 NYC hospitals, hardly a qualified occupant at 875 Park Avenue.

Siebert is a confirmed sex offender and we are advised a healthcare thief.

The Jelks' and Siebert have simply and with impunity willfully circumvented the mandates of the 875 coop board and their coop lease.

Scamraiders will post the Jelks Medical website on 2-14-11 on the homepage for all to see that Glenn and Elizabeth Jelks make zero reference to Dr John Siebert being any affiliate or a part of Jelks Medical.

The Jelks' and Siebert have scammed the public and 875 Park Avenue and Brown Harris Stevens who have stated that they have no knowledge of Siebert and his squatter and illegal occupancy at 875 Park Avenue. 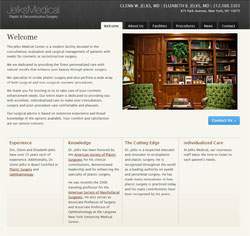