Last Tuesday brought great tragedy to the people of Haiti and their loved ones spread around the world, the pain and suffering continue as does their desperate need for assistance. By Thursday morning heartless con artists were already using this catastrophe in a callous attempt to line their own pockets by stealing the much-needed funds naïve Samaritans were seeking to donate to the relief effort and afflicted Haitians.

The first scam began popping up in people’s email inboxes on Thursday morning as spam emails leading people to believe they would be donating to the Haitian relief funds via the British Red Cross, according to Internet security company Symantec. Within minutes of this bogus email, they tracked two others of the same variety claiming to be from other, legitimate sounding organizations. 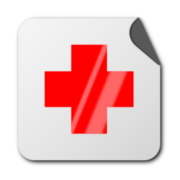 By Friday afternoon more than 400 Internet addresses relating to Haiti had been registered in the short span since the disaster. Many are certainly legitimate, but be assured, there are those of that number who are out to con good-hearted folks out of their charitable dollars.

As our focus continues on Haiti, the need for assistance sadly grows. If you are considering donating, remember the following:

Do not give cash. It is recommended to donate to the charity of your choice via check or money order.

Be wary of telephone, text, email or internet solicitations. Never give your personal financial information, such as credit card or checking account numbers to such solicitors. Stick to reputable charities, and only those that you have reached out to first. Keep in mind, con artists will often very convincingly appear to be from a legitimate group, that’s why they are called artists. Never donate to individuals, only organizations.

Be skeptical of individuals claiming to be survivors from Haiti who are seeking assistance via emails and social networking sites such as Facebook.

Be sure to avoid any high pressure appeals, in particular, those that are trying to rush you into making a contribution.

Ask questions about how your contribution will be spent. Be wary if there is any confusion or hesitation in the answers given.

Unless its part of a larger, already well-established organization with a pre-existing infrastructure, any charity claiming 100% of your donation will be going directly to the disaster relief should be regarded with suspicion. Non-profit organizations are like any other business, though minimal, they will have administrative overhead costs.

Be alert of any group that calls and offers to come to your home or place of business to pick up the contribution directly from you in person. More than likely, your money will end up in some scammer’s pocket.

Don’t respond to spam emails or click on any links contained within those messages. Also be wary of those emails soliciting funds that claim to have pictures of the disaster area as attachments. Clicking on these attachments, or any links in these spam emails will likely lead to a virus loading on your computer that will either direct your computer to continue sending out further spam emails or possibly open a backdoor for the bad guys to get into your system.

Be wary of any internet based charity. Remember, scammers can put up a website and open a PayPal account overnight. For this reason it is wise to not donate to any organization that is not already familiar to you. And if you are donating online to a charity you recognize, make sure it is actually their site and not a dummy. Most will end in .org as opposed to .com.

Again, be sure to direct all donations to well-known charities with an established reputation. The American Institute of Philanthropy recently released a list of top Haiti relief organizations. One site, Charity Navigator, evaluates charities with a four-star rating system. The Better Business Bureau also accredits charitable organizations based on their fund-raising practices and how the funds are eventually spent. Links to all three can be found at the conclusion of this article.

Give money and avoid any requests for food or clothing. As is obvious watching the news, governments and international organizations like the UN are having difficulty getting the much needed goods and services into the disaster zone. The ability of a local charity to send donated clothes or perishable items into the relief area in a timely fashion is non-existent. Give money to the larger groups and let the experts figure out how best to use it.


With devastating images and heartbreaking stories coming out of Haiti and filling our airwaves and newspapers, the desire to lend a helping hand can be overwhelming. But before reaching out with your heart, do a little work with your head. That’s the only way to make sure your compassion is going to those who need it the most right now.