The misuse of the courts is no different than a robber breaking into your house and robbing your possessions. These select black-robed vindictive and rogue judges middle names are malfeasance, ambushes and collusion. They will follow the orders of the 'old-boys' and will plunder you and will rob you blind, extort you, ruin your lives with the stroke of a pen. Many have no conscience, their interest is cash, they will undermine you and the system for their brown-bag fix. When the fix is in you will see the larceny, greed and malice come out like bats in the night. Their mentality no different than a sociopath mob hit-man, cash is king and anything for free!!! Boss tweed, Carmine DeSapio is alive and well in the bowels of the back-rooms of the fancy New York courts, but don't be fooled...it's all tinsel and no tree, it's a charade.

Here is a great example of how the rules of law are manipulated and undermined to rob a litigant. JSC Wooten recently signed a decision in a case, Fayensed v Friedman, granting summary judgment. The decision issued on 4-5-10 will be exhibited on Scamraiders. The findings of fact regarding summary judgment are correct in Fayensen case. You see, once in a while these clever tricksters will have their law-clerk write a legit decision, it's part of the charade/or the fix. Now in the Jim Couri v Siebert case, Jim moved for summary judgment armed with about thirty documents signed by Siebert acknowledging his and his PC obligations to Jim, including notes, settlement agreements, wavers, guarantees and general releases.
Many prepared by Siebert's lawyers. With the flick of Wooten's pen he denies Jim's motion. Why? The facts are incontrovertible and Jim's motion was not opposed by Siebert. The fix/collusion/greed/corruption, they are in that's why. When Jim uncovered the corruption of JSC Joan Madden and corkscrew George Pavia and the collusion of Joseph M Burke/John Siebert, Jim was targeted by spiteful vindictive madden as Jim found her out to be a fixed judge, stupid or both, Madden protected the Pavia's robbery of rent laws by her own corrupt conduct in her courtroom rewriting laws -ad nauseam- angry at being found-out, Madden targeted Jim and was put on the ever growing unified court black-list. Then the spite, corruption and cover-ups proliferated. Lawyers fear these black-robed cronies as they need their fixes -so like the mafia- the corruption continues and the victim litigants pay the price, one way or the other.

The manipulation of the law, tampering, ignoring of Siebert/Burke tampering, perjury, secretion of evidence, concoctions of contempt charges, tampering with transcripts, lies and deception. All to rob, extort and interfere into Jim's healthcare. Rico and violations of civil rights are as clear as a bell but these corrupt courts think they have immunity so they can rob and plunder you, this disgrace and larceny under the guise of the law will be exposed as the proofs are coming in every day. Keep them coming as (in unity there is strength) the unified courthouse needs an exterminator and maybe he is on the way. 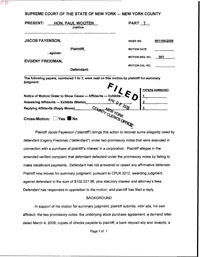