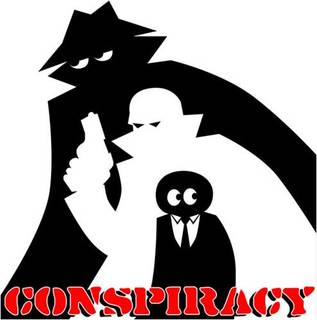 Full expose coming soon on Scamraiders as to the robbery of a fortune, a planned fraud and set-up of Jim Couri, gaining steam after Jim uncovered the corruption involving JSC Madden, referee Jack Suter, JSC Stallman, George Pavia, Joe Burke, John Siebert and their documented tampering, collusion, setups and extortion and collusion!!! Corkscrew George Pavia compromised JSC Joan Madden, Burke/Siebert compromised Suter and others and the rest was easy The proof, well we got it The charade of the unified courthouse and the orchestrated shams and railroading are becoming more transparent, thanks in part to the many victims who have come forward with more and more horror-stories of judicial and court/referee corruption and abuses, bullying, collusion and worse and thanks to Scamraiders' dedicated investigators.

George Pavia and his wife Antonia and bag man Kenneth Gomez 'cut up' the supposed settlement, $230,000, one thing is for sure, George Pavia is 'tighter than a crabs ass in the sunshine', Gomez is bust-out and broke, so the paying Leona Helmsley and company $6,000 for a phony judgment against Jim and within a couple of days pimp-bag-man Gomez walks into the unified court and by fraud and corruption the court gives Gomez and company over $180,000 for Pavias $6000 and the court ignored secured parties and proper UCC filings. Then this same judge was elevated to the appellate division, a reward for a $230,000 score. By the use of court corruption, scams and fixes a-la George Pavia, thug Gomez and other courthouse scallywags? Scamraiders has the paper trail and remember, Pavia is a cheap tight-wad, nothing is going out of Pavia's pocket and it ain't going to happen unless the fix was in -a profit of over 30 times in a few days- this is how courthouse larceny,and greed is done, black-robed bandits with a pen and immunity and we find that this grand-theft was based on the phony and 'set-up' fixed decisions geared to rob Medicare and Jim and turn these monies over to 'bag-man--dead-beat' Gomez for distribution to the co-conspirators in and out of the bowels of the unified courthouse.

Sure it was Madden to the rescue -again- and a few calls to a couple of her pals in black robes in the courthouse and behold a robbery better than Willy Sutton and John Dillinger combined and with the guise of justice in a brown paper bag. Jim's and Medicare's $230k gets 'deep-sixed' and 'cut-up' except these ostrich corrupt rogue judges and referees have violated the law we believe so this 'dirty-money' and disdain for the laws and US Constitution will bode poorly for these charlatans to be sure armed with the proceeds of mother-in-law's home stolen by George after screwing the IRS. Corkscrew George Pavia thinks he is smart, but the truth is he is a well known fraud, a corrupt lecherous tax thief perjurer, who is a proved phony and a front for the mob, including jailbird Ted Kohl, living off moneys that he rooked from others and from his in-laws and the Internal Revenue Service, we at Scamraiders know and have exhibited proof that Pavia and his wife Antonia are forgers, perjurers and corrupt. As the New York DHCR, the department of buildings and the NYC ECB court all confirm that the Pavias are perjurers, and forgers and all covered up by kangaroo-court Madden -we wonder why?- and by the way, while all this railroading and highway-robbery orchestrated by 'lecher-outlaw-facist George Pavia', judge Madden is at it again 'to the fixers George/Antonia Pavia's rescue', the Pavias needed 'protection' and insulation for this orchestrated theft of a quarter million by pulling strings in the courthouse using pimp-bag-man Gomez so body-guard Madden issues a fast and furious order directing that the Pavias can not be sued without her permission...not bad!!!

The Pavias, with the aid of black-robed Madden and associates, rips off with a series of transparent decisions issued by Madden's pals, manipulating secured parties UCC laws, laws re judgments and worse so that a fortune is robbed without a gun, a clever maneuver for many, but we have been on to theses greedy and malicious corrupt villains. Madden condoned the Pavias perjury, threats, extortion and worse, then George the pig literally and physically attacks and threatens Jim in the presence of others, robs Jim and Medicare and the Pavias can not be sued without Madden's 'ok'. Hey, this is the 'perfect storm' commit grand larceny, threats and extortion with the help of the unified courthouse. A stacked deck? If you think otherwise, the good fairy and tinker-bell are on the way. It's a courthouse and a cesspool of fraud, fixes and corruption, but from greed and corruption comes mistakes and money has paper-trails as do phones, etc. Who do these scoundrels think they are kidding?

See Scamraiders for more and up-coming exposes of the Pavia and other courthouse fixes, bullying, ambushes, threats, corruption and conversion, including the Pavias, others and Dr John Siebert's defrauded taxes, rapes of patients, thefts, retaliation, set-ups, judicial abuses and deceptions, thefts of Medicare liened funds, tampering and frauds. 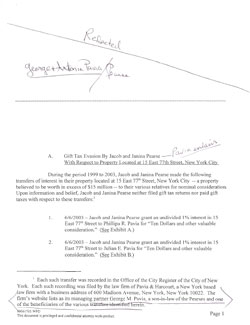