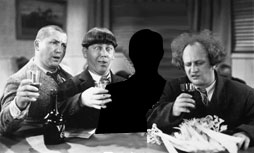 Undaunted, and with apparent intent to defraud the court and disenfranchise businessman James Couri’s $20 million, falsely alleged repeated disclosure non-compliance by Jim (while he was in the hospital for cancer treatment), all such disclosure was barred and precluded by law due to the filing of the certificate of readiness and note of issue. Russo & Burke and Joe Burke lied to the appellate division first department and did not disclose the existence of these important and controlling documents, thus disenfranchising Mr. Couri’s legal rights through fraud and corruption.

By withholding the existence of the certificate of readiness and note of issue, Mr. Burke falsely led the appellate division into believing that his discovery demands were “legitimate,” when, in fact, they were all the while barred and precluded and completely illegitimate.

When asked Couri stated, “Russo and Burke are practicing lying, not lawyer-ing,” and had no further comment. Mr. Couri has made a motion to the appellate division to vacate the order by Burke through his fraud on the court.

“Innovative” Russo & Burke have engaged in compromising referees, Ex Parte communications with referees, covering up tax evasion and perpetuating fraud on the court.

This is surely “innovative!” 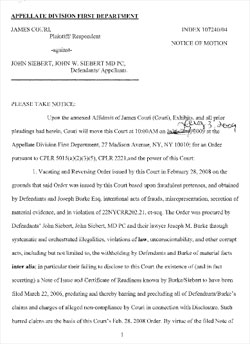