Is it not time for full disclosure as to the despicable abuse Dr. John Siebert forced upon victim-patients while Siebert was on the staff and faculty of NYU Hospital 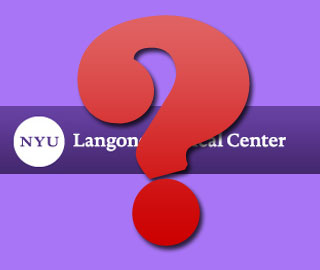 . . . and where Siebert's victims swear that Siebert sexually accosted these patients

Why is NYU unwilling to reveal the reasons they fired Siebert and reveal the evidence and findings of internal hearings involving victim D Kleiman and others?

Why is NYU Hospital unwilling to air out the now documented - by Siebert's patients and witnesses – Dr. Siebert's predatory sex acts and reported scams that ripped-off healthcare insurers of a fortune in falsified patient records that, according to victim Kleiman, unjustly enriched NYU for about $700,000.00 and Siebert for about $500,000.00 as a result - as sworn-to by Kleiman in her affidavit.

NYU and attorney Ms. Annette Johnson, Esq., why not reveal your records? It appears, based on a lawyer's affidavit (Diane Kleiman), that crimes were committed in the four corners of NYU Hospital by Siebert.

Kleiman's sworn-to reports are confirmed by other of Siebert's victims-patients. Some claim Siebert molested them while Siebert was employed at NYU, as well.

See Linda M and Ms. Rachel and other Siebert informant reports on Scamraiders and in the archives.

What ever happened to "heal thy patient--do no harm"?

Sex abuse, healthcare thefts, narcotics abuse, as sworn to, are crimes, are they not? And NYU fired Siebert? Why not tell the citizens what NYU found at hearings as confirmed by victim Kleiman, NYU's patient?

Citizens must be protected in NYU and all hospitals, not raped and ripped-off by rogue Dr. John Siebert, as sworn to by NYU's patient, Diane Kleiman.

And why does NYU continue to condone Siebert's current fraudulent web-site and other bogus ads, lying that Siebert is still on NYU/Langone hospital staff after he was fired by NYU!!!

Ms. Johnson, Esq., please reconsider your stonewalling and seeming covering up the full airing of the hearings and NYU's firing Siebert for cause.