Is the 875 Park Avenue board of directors being fooled and misled by Brown Harris Stevens as to squatter Dr John Siebert's use and occupancy of medical offices in the 875 building? 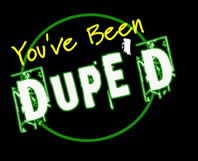 Without vetting, applications, credit and background reports and interviews?

What kind of security is in effect at 875 Park Ave and how does a sex predator and undesirable Dr John Siebert move into this supposed 5 star coop building like a thief in the night.

This looks really bad for Brown Harris management competence and skills and the security and conduct of 875 Park Avenue corporation.

Meanwhile, Brown Harris Stevens seems to be trying to coverup their negligence or incompetence allowing this new Siebert scam to continue since Siebert secretly and 'under the radar' 'moved in' to 875 in July, 2010.

Including doctors Aston, Baker, Waldon and 799 Park Ave for violations of coop lease, 'double dip' financing violations, infractions involving chase bank and money lenders Ben Ossman/Bayberry Capital and issuing bum checks, all hidden from the 875 Park Ave board thanks to the doctors Jelks' frauds on the 875 co-op board and Dr Siebert's sociopath/fraudulent acts.

Jonnie boy Siebert makes the rounds after he has been fired from 3 NYC hospitals and evicted out of 4 medical offices.

875 Park Avenue corp and board, you may want to look into hiring a more competent managing agent?