Siebert is again proven to be a con-man and a fraud, trying to misuse a hospital-affiliation where he was fired - another Siebert scheme to con innocent victim prospective patients. Siebert is also a thief, robbing many, including insurers, by fraud, deception, perjury, collusion, and forgery.

Scamraiders thanks the efforts of NYU/Langone hospital for its integrity and diligence in exposing and discharging Dr. John Siebert - a documented deranged sex rapist, a sociopath, con-artist and thief.
See Scamraiders for more details about Siebert. 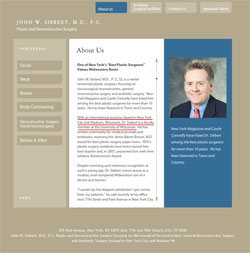