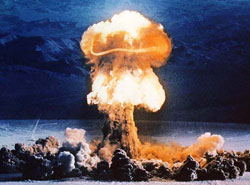 Siebert is-we are advised-broke and becoming more desperate. He has been evicted by Dr Dan Baker as an office tenant. Baker kicked him out, not due to anything other than Siebert's failure to pay rents timely and his disgusting reputation as a sex vulture and due to Siebert being kicked out of NYU medical center. Siebert owes a fortune, he has swindled the internal revenue service and state tax departments and many victim patients and insurance companies. Siebert and his corrupt lawyers, Joseph M Burke and Ken Gomez are escalating their extortion and harassment’s of Scamraiders and Jim Couri, in a last gasp Siebert (the 'wandering surgeon') has recently conned another doctor for office space. We'll see how long that lasts.

Siebert has issued bum checks to Jim Couri and others, including call-girls. Now, this thug and sociopath Siebert tries to railroad Jim-who is in cancer treatment in California-by acts of fraud, lies, bribery and corruption. Meanwhile, Scamraiders has learned that Siebert is under investigation by New York State Health and Empire Blue Cross (among others) for fraud and theft. We at Scamraiders wonder why a desperado like Siebert is wasting so much time and money he steals to extort and harass us? Time will tell, see our rewards.