The Connecticut Department of Children and Families, located in Stamford, CT, conducted , as we understand, at least two investigations into reports to the agency, (Siebert resided into the state of Connecticut during the relevant time).

The reports outline alleged conduct of pedophilia conducted by John Siebert. Siebert, his wife Kimberly, and none other than Joe Burke, Esq. were questioned by the authorities. The redacted report is attached here. Although the investigators interviewed many, only the smokescreen responses attempting to blame Jim Couri for the complaint/charges against Siebert remain.

John Siebert, M.D.
These thieves even tried to blame Jim for the charges at Brunswick School where Siebert's son attended until they all high-tailed it out to another state. Of course, Jim had nothing to do with the investigation or claim and had no idea of Siebert's sexual habits.
Jim advises that he learned that Siebert is still in the state's database as a pedophile. As you can see by the redacted 'report,' the Sieberts and Burke, in violation of the NY court 'gag-restraining order,' concocted more lies to cover up John Siebert's illegal acts.

Let us not forget the criminal charges brought against John Siebert, M.D. by Muriel Karras for sexual assault and malpractice in NY courts and at the District Attorney's office (in Scamraiders archives).

We are unable to reconcile how John Siebert and his co-conspirators - George Pavia, Joe Burke and Kenneth Gomez – who are menaces to society and who injure, extort and damage the integrity of the law, are not put in 'isolation' in order to protect the public from injury. 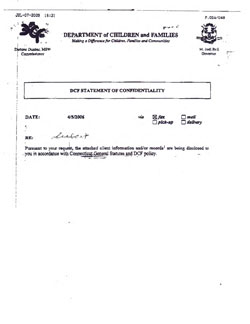