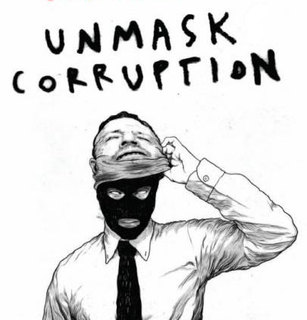 Joseph M. Burke, Esq. has engaged in a series of acts of criminality, suppression of evidence, collusion with various referees and judges in the Unified Courthouse. These acts of collusion and corruption ongoing by burke have been documented including emails, perjury, violations of injunction, secretion of evidence and suborning Dr. Siebert's perjury. Burke and Siebert have ignored and flouted this 12-12-05 injunction, they have conned and manipulated Referee Jack Suter, JSC Michael Stallman, referees Crespo and Lowenstein - and now Judge Paul Wooten, who has, oddly and with impunity, filed biased, inconsistent decisions, ignored the federal and state rules, regulations and rights Jim Couri is entitled under HIPAA.

Worse, JSC Wooten has intentionally ignored Burke/Siebert's frauds on the court by Wooten - on behalf of Siebert/Burke, ignoring an injunction and various general releases, wavers etc. issued by Siebert in favor of Jim. Wooten then, in bizarre yet transparent fashion, turns a blind eye on Burke/Siebert's frauds, including their secreting and not advising other judges of the existence of the 12-12-05 injunction, thereby making any and all motions made by Burke/Siebert illegal barred and causing all resultant decisions generated by their frauds on the courts void as a matter of law due to their misrepresentations.

JSC Wooten, your acts and decisions are sloppy, outrageous, illegal, illogical, and transparent - and your railroading machination is off the track. Please follow the law and stop the deception and undermining of the legal system without basis in fact or law. Surely you remember ‘the law'????????? Better late than never.

Why cheat Jim Couri in favor of a documented sex vulture, thief and medical/sex/drug abusing/ menace Dr. John Siebert? Judge Wooten, have you no pride or shame? You are supposed to be an 'honorable judge' not a trickster/scallywag like thug Joseph M. Burke, Esq.

Every single decision/order generated by JSC Stallman, JSC Heitler, Referees Crespo, Suter, Lowenstein and Jsc Wooten, after the issuance of the injunction of 12-12-05 in case 107240/04 relating to motions made by Siebert, Burke and Jim - and no permission was sought or granted - are in violation of the injunction and were generated by misleading of the court and willful and contumacious misconduct of Siebert/Burke and must be vacated and reversed - not just some. Judge Wooten, you cannot reward Siebert/Burke at the expense of Jim Couri's health and money and claims.

JSC Paul Wooten has exhibited sloppy conduct, interstate fraud and an apparent willingness to allow Burke/Siebert to railroad the rules of law and allow Burke/Siebert's illegal motions not to be dismissed/reversed and vacated. Rather, Wooten has allowed these criminals to press a HIPAA request that arises out of a burke cross-motion underlying a motion Jim made that Wooten dismissed for lack of compliance with the injunction. Since Burke/Siebert failed to comply they too must suffer the same fate. As such, there is no basis for HIPAA as the motions made by Burke/Siebert were fraudulent. Sadly, JSC Wooten's acts are more than suspect. Further, these Burke/Siebert thugs have caused Jim to enter hospitals under assumed names to protect himself from these pigs threats and extortion. Remember, Siebert is a confirmed sex rapist and a doctor.

Burke continues to bleed this case, lie, cheat, manipulate Wooten, who issues decisions that are geared to rob Jim of his rights and money by Wooten's intentional acts of undermining the U.S. Constitution, rules of law, the facts and his own decisions. Judge Wooten, it is time to take action as to Siebert/Burke's criminal collusion with Referee Jack Suter, and their acts of perjury, violations of the injunction, suppression of evidence and other acts of fraud on the court. These entire charades will soon be in the hand of a higher authority as the past 6 years of collusion, tampering, fraud, unconscionability, illegalities, and corruption - all now well documented make these matters a textbook case of corruption, and RICO for the scrutiny of the FBI and the U.S. Attorney. These acts of disdain for due process, the U.S. Constitution and the pattern of misuse of the law to allow rampant corruption in the courtroom will not continue. Many have come forward outlining the same pattern of larceny and malice, with the same culprit’s names appearing over and over again.

Joe Burke, Esq. is a 'two-bit,' small-time corrupt lawyer working with a proven extortionist/thug - Ken Gomez - and proven mob-front/tax evader and fixer George Pavia and sex vulture/thief John Siebert. Yet Burke thinks he can con and lie his way to robbing Jim Couri's $20million in money claims he has against Siebert.

Burke/Siebert have cheated, bribed and corrupted their planned 'road to nirvana' up to now - except they have been caught as Wooten has been caught lying and committing outright fraud in a court proceeding over interstate phone lines, all seemingly geared to con, defraud and rob Jim Couri of his money - a lot of money. $20million goes a long way, even in Brooklyn.

See Scamraiders archives for more on this unfolding courthouse corruption/collusion and greed.