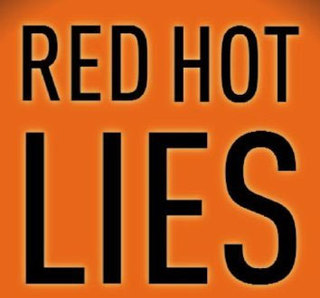 Joe Burke is a partner of Russo & Burke in NYC. They enjoy a sordid paper trail of harassment, extortion, tampering and deception. Burke was hired by Siebert when Jim filed suit against Siebert and his PC for OVER $20MILLION in notes, contracts, agreements, guarantees and indemnities Siebert and PC signed in favor of Jim and his companies - many prepared by Siebert's lawyers.

Scamraiders has assembled a plethora of evidence of Russo/Burke and Joe Burke's criminal and corrupt activities in order to impede due process and Jim's pursuit of his claims. JOSEPH M. BURKE IS A DOCUMENTED TRICKSTER AND SCAM ARTIST ENGAGED IN COLLUSION MALFEASANCE AND CORRUPTION--A OUTLAW IN A DIRTY BLUE SUIT - RAILROADING DUE PROCESS BY THEFT FOR UNJUST ENRICHMENT FOR VULTURE SIEBERT AND RUSSO AND BURKE ESQS - FRAUD, COLLUSION AND CORRUPTION CAN GO A LONG WAY IN THE NY UNIFIED COURTHOUSE 'FOLLIES' IF YOU KNOW THE RIGHT FIXERS-----IN THAT PLACE 'MONEY TALKS AND JUSTICE WALKS' –
SEE SCAMRAIDERS FOR THE CORRUPTION OF JOE BURKE AND HIS GANG OF THUGS.

From 2004 corrupt Burke and Siebert embarked on a scheme, with the aid of fixer George Pavia, Esq, a mob front tax swindler, of railroading Jim under the guise that rogue Dr. Siebert was a respectable doctor. Burke was at the time involved in representing Siebert in administrative proceedings where Siebert was charged by NY State and NYU Hospital with multiple sex rapes of Siebert's patients. Burke covered these facts up suppressed these facts, conned JSC Beeler into a 'gag order.'

And then crooks Burke/Siebert falsely accused Jim of violating the phony order. Then burke covered up the charges by the State of Conn children and family agency who investigated Siebert as a pedophile. Siebert is a confirmed sex vulture and rapist - fired by NYU/Langone hospital as such.

Thereafter burke as part of his corruption and collusion, and with the help of fixer Pavia and the cronyism and corruption in the Unified Courthouse filed and secreted a note of issue in the Couri v Siebert case and covered the spoliation of the note of issue document for 4 years and allowed discovery to be demanded that was as a matter of law barred. Burke then in violation of and after a broad and sweeping injunction was issued on 12-12-05 enjoining Burke and Siebert and Jim from making motions. Burke/Siebert ignored in contemptuous manner the injunction and proceed to make repeated barred and illegal motions, violating the injunction to gain unjust and illegal emoluments at the expense of the rules of law and Jim Couri's rights. Burke engaged in fraud on the court by not advising other judges of the injunction, not advising the appellate division of the injunction and the secreted note of issue and by perjury, fraud and collusion caused Jim's complaint to be struck by defrauding the appellate division. Burke/Siebert by perjury and deception concocted claims regarding discovery issues that were barred and then an appeal made by Burke was grounded on an illegal/barred motion and decision that Burke made that was instigated by Burke in violation of the injunction thus improper. Mandating dismissal of the bogus motion and reversal and vacature of the flawed decision - Burke yet again committed willful frauds on the court and Jim Couri by suppression, perjury, fraud and tampering and collusion - all now well documented. In fact Burke/Siebert's frauds, perjury and corrupt acts have continued for over 6 years in this case.

Undaunted then burke was caught engaged in collusion with referee Jack Suter, ex parte emails and burke writing illegal orders for Suter one giving Siebert $7million from Jim for Jim's supposed failure to appear at Referee Suter's office at the Unified Courthouse for discovery that was barred. Suter's appointment illegal and Jim was in hospital in California. Again, Burke was caught by Jim engaging in corruption. Next by then desperate to set Jim up to get the heat of Suter/Burke/Siebert - Burke finds, recruits a drug abusing California notary to 'sand-bag' Jim with a new ambush - Burke needed the heat of him and Suter. The phony, concocted ambush claim - Jim forged this desperate-notary's stamp on Jim's own affidavits. Such a claim exhibits the larceny of burke and the pathetic collusion of some at the Unified Court. Any moron can see a railroading - what would Jim have to gain by such a stupid exercise? Notaries are all over Los Angeles and the supposed, according to burke 'forged notary stamps' are on Jim's own affidavits. Again, a Burke scam to get the heat of himself and vulture Siebert.

Then, Burke continues to harass and extort Jim using his partner/thug Kenneth Gomez, Esq. They concoct lies and put them on the internet - convolute Scamraiders with Jim - and then by making barred and illegal motions to deprive frees speech and free press. Burke has himself engaged in a series of acts of corruption, tampering, fraud and intentional and repeated violations of the 12-12-05 injunction. This lawyer Joe Burke is a contemptible corrupt lawyer. Scamraiders has documented Burke's systematic pattern of fraud on Jim, fraud on the court, secretion of the 12-12-05 injunction from various judges resulting in fraud on the court and the generation of decisions that were otherwise barred by the existence of the injunction and mandating all such decisions to be reversed and vacated. Burke by perjury fooled the appellate division, defrauded Jim, and bribed/and tampered with referees whose appointments were illegal.

Burke further filed counterclaims that burke knew were waved by settlement agreements Siebert and PC signed that were created by Siebert's lawyers. The agreements state unconditionally that Siebert was precluded from filing counterclaims against Jim if Siebert defaults in paying notes due to Jim. Knowing that these counterclaims Siebert asserted against Jim were unwarranted and false and fraudulent - Burke asserted them anyway - then Burke conceals evidence and engages in collusion and corrupting the courts.

The acts of Joseph M. Burke in these matters are very well documented. Burke in a liar, a cheat and a corrupt lawyer who has abused and cheated the rules of law. Burke believes that he can cover up his and Siebert's criminality by creating phantom claims, smokescreens and railroading schemes while misusing and corrupting courts, referees and judges. Burke and Siebert's days of larceny, rapes of victims and extortion may soon be over.
Please see Scamraiders and its archives for more proof of the criminality of these sociopaths.