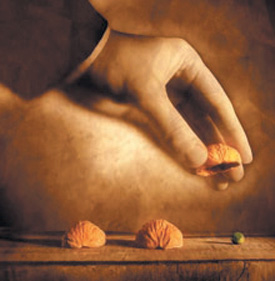 Joseph M. Burke , Esq. and disgraced Dr. John Siebert in concert with fascist mob front George Pavia collude with corrupt Judge Paul Wooten in a scheme to railroad Jim Couri, steal unconditional Siebert notes and obligations exceeding $20million and at the same time rob and interfere into the news reporting and free speech and corruption exposes developed by Scamraiders. Judge Paul Wooten has cheated, lied, deprived access to the courts issued corrupt and illegal orders, along with Siebert, and Burke tampered with court files and records, caused doctored transcripts to be issued, engaged in ex parte emails, phones and faxes, permitted illegal motions and orders to show causes to be issued and signed by Wooten in violation of an injunction precluding motions without first engaging in pre-telephonic conference calls with the judge and all parties and Burke on the phone--Wooten deprives Jim Couri court access by refusing his about 20 demands and disenfranchises Jims legal rights -judge Wooten has displayed that his is a corrupt judge, a thief, a liar and who we have caught committing interstate fraud on the phones and in his decisions as his clerk Warren Rubio in concert with corrupt Wooten refused Jim's 20 demands spanning 6 months for compliance with the injunction-then Wooten in his July 13 2011 decisions repeatedly lied that Jim failed to seek and obtain permission to make the very motions Wooten and Rubio refused to grant the conference calls. We have proof of each and every attempt and proof that Wooten and Rubio are engaged in corruption in concert with crooked bribing lawyers and sex vulture Siebert—Burke has been caught in ex parte collusion with referee Jack Suter and engaging in rampant violations of the injunction, the matter is on its way to federal authorities at the justice department, and to the FBI----soon the subject of RICO litigation----judge Wooten is a despicable corrupt fraud and we can state this as we have listened to his railroading, lying and ambush words on interstate phones to rob justice for an apparent bribe as $20million is at stake-a formidable sum even for a two-bit former L&T lawyer like Wooten--we also have listened to Rubio’s lies, deceptions and rejections of Jim's demands for access to the courts and Wooten’s compliance with the injunction over 6 months and on Wooten's corrupt deaf ears----Wooten is a despicable corrupt judge who we think should get indicted for interstate fraud and corruption

Please see Jim Couri's letter to Wooten with copy to lawyer Burke and Administrative Judge Sherry Heitler at the end of this article. We obtained access to this letter on 7-18-11 and want all our readers to study it to see how a dishonest court operates when 'in the pocket' of others.

We see that Wooten is and has proved himself totally devoid of integrity and is plain and simple a liar, thief and a disgrace to the judiciary by doing the bidding for proved perjurers, corrupters, and sex and healthcare insurance thieves ----

Jim Couri is recovering from recent surgery. He suffers from stage 4 cancer, heart disease and severe intestinal disorders. He has 8 stents in his arteries, had his esophagus removed and is in active cancer imuno treatment in California ----

The larceny and corruption engaged in by Wooten, Burke, Siebert, Pavia and thug Gomez and others is despicable fraudulent and criminal acts----all have been well documented and is we believe violative of federal criminal statutes and RICO -

Wooten is a dishonest bully and a liar engaged in fraud, larceny and a medley of corrupt acts in order to rob a self-represented terminally ill plaintiff Jim Couri of $20 million in Siebert unconditional notes

And as a plot to lure in Scamraiders and try and gag free speech and free press and cover-up the corrupt acts, bribery, and possible murders at the Unified Courthouse in NY and the criminal acts and bribery, perjury, tampering engaged in by Burke, Siebert, Gomez and George and Antonia Pavia ---

We have the proof of all of our charges and they are clear and convincing acts of interstate fraud, by phones fax mails and emails engaged in by Wooten, Rubio, Siebert, Burke, Gomez, Pavia, Madden, Jack Suter and others --

Some in the unified courts we see will stoop to anything for a bribe and $20 mil is big bucks ---look what happened to Sunny Shiu. He is dead and was murdered---see his YouTube video about Unified Court corruption -

And we are convinced by proofs that George Pavia is a mob front who threatened Jim in front of 4 witnesses, bribed, cheated committed tax evasion and worse and Kenneth v Gomez who threatened Jim and engaged in rampant perjury, thefts and extortion for years and sex pedophile/vulture Siebert who threatened and extorted many and was fired and evicted from 4 NYC hospitals for sex crimes, engaged in perjury and abuses of his victims. ---

Wooten is a well-documented corrupt judge and emails, phone records telephone and other electronic tapes and documents don’t lie and prove our charges ---

We believe that Wooten is a vicious lying sociopath who bought his black robes in a Brooklyn back-room finagle--- and who is desperate for big bucks and will and has gone into deep water to ail Siebert, Burke, Pavia and corrupt judge Madden

Stay tuned for more on this explosive story 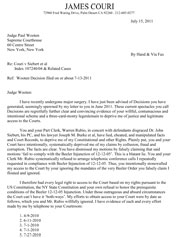