Joseph M. Burke, Esq. has been cheating, corrupting and suppressing evidence for 6 plus years in the Jim Couri vs John Siebert and PC case - the man is a fraud and a corrupt lawyer 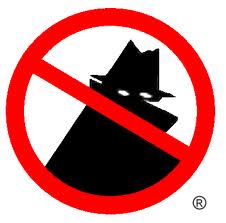 Scamraiders has reviewed over 6 years of court pleadings, exhibits, emails, investigators records and reports and correspondences. We have interviewed persons who have been involved with Burke and Siebert. Joe Burke is a crooked lawyer, a liar, and a thief. He and Russo and Burke have been covering up Siebert's criminal conduct, sex rapes, thefts from insurers, bribery, ex parte conspiring with referees and courts, in a massive and vindictive scheme to rob Jim Couri.

We believe that we have sufficient proof to cause Burke's disbarment and criminal charges being brought against him, Siebert and Russo and Burke, Esqs. Burke has tampered with evidence, caught tampering with NY courthouse Referee Jack Suter, spoliation and massive corruption and rampant perjury and suborning perjury.

Joe Burke is a sociopath, just like his sex vulture and thief client John Siebert. Burke thinks that if he says something that it is supposed to be accepted as a truthful honest comment/ representation - think again, as what Burke says is usually a distortion and a scam to create 'smoke-screens.'

Scamraiders has interviewed others Burke has litigated with - in a case in SDNY-Federal court 'Yaniv et-al,' Burke, yet again, actually fabricated supposed evidence and engaged in extorting consumers for a collection scheme for doctors and others. In a nutshell, Joe Burke and Russo and Burke are transparent and well-documented crooked lawyers who practice 'lying' not 'lawyering.'

Scamraiders will continue its investigations into these contemptible frauds and will continue to report on their corrupt and criminal activities and their as-yet-undenied acts of fraud, criminality and their compromising the court system as a scheme to railroad and ambush adversaries