Joseph M Burke, Esq, of Russo and Burke, Esqs, a corrupt extortionist and perjurer refuses, to comply with federal law and Hippa rules and regs to again abuse due process and extort Jim Couri 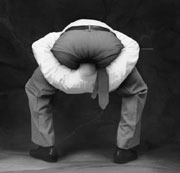 Burke is a desperate lawyer. For 6 years, he has been billing someone, stealing insurance funds by fraud and engaging in tampering, spoliation, perjury, suborning perjury and a massive abuse of disciplinary rules and the law. Because of Burke's abusive conduct and incompetence, he has guided Siebert into oblivion.

Since Siebert met Burke, this con-artist liar lawyer has made and answered over 60 motions,in the Jim Couri cases, Siebert has been chased by the IRS, creditors, landlords, NY state health, fired from NYU/Langone hospital, evictions sex victims thefts from insurers and worse - yet Burke has robbed a fortune in unearned legal fees for his incompetence, fraud and abuses.

Now, Burke cons the courts yet again, claiming he wants to see if Jim is really terminally ill. Burke wants Hipaa authorizations for five years, but refuses to comply wit federal laws. If Burke really wants to learn about Jim's condition, all this railroad-con man need do is read the medical records Jim has produced six times. Rather, he wants to abuse the system, extort Jim, who is in the hospital, and continue to harass Jim's doctors and hospitals.

Burke is robbing everyone from Jim to the courts, to Siebert and to insurance companies by grinding these cases, proffering baseless claims, bribing, tampering and secreting evidence and suborning and engaging in perjury. He has broke Siebert, Jim has no money and Burke admits that - and on it goes -more fees for Burke and to what end?

Burke really needs to be disbarred and put in jail for the documented criminal acts Scamraiders has assembled and the abuses of the courts Burke has perpetuated, along with his thug partner Ken Gomez. Burke has done a civic duty by exposing Dr. Siebert as a documented sex vulture, thief, tax evader and a drug abuser.

All the while, Burke, Russo and Burke, and Kenneth Gomez have been the only ones enriching themselves by robbing 'someone' who is paying for this Burke courthouse scam and/or by defrauding insurance companies for reimbursements of supposed legal fees - which in fact were not 'legit' legal fees, but billings for these crooks time and efforts engaging in harassment, extortion, bribery, threats, incompetence and frauds, adversely impacting everybody, even their customer John Siebert, MD and his PC, except for themselves. They have created a 6-plus-year 'cottage-industry' by corruption and ambushing of the law. Burke and co., your gig is about over, so get your head out of the sand. We all know your 'mo'. You are a fraud and a liar.