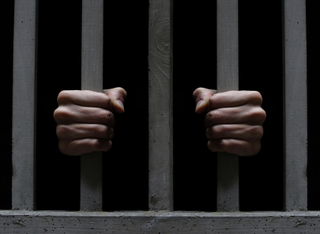 Joe Burke is a cheat, a liar, an extortionist, and a corrupt lawyer. His partner, Kenneth V. Gomez, is his alter-ego and a thug engaging in a now documented RICO scam, intimidation, bribes, harassment and collusion. Also, both of these Scallywag-outlaws and Dr. Siebert are subject to and bound by the same injunction of 12-12-05, another gag order and federal and state laws. Burke, trying to fool the system, thinks he can play a 'shell-game' of smokescreens. Bound by an injunction, he and Siebert can, in concert with others, recruit/ hire someone to violate the injunction's restriction.
Mr. Burke, it doesn’t work that way . . ..
Scamraiders has documented Burke/Siebert/Gomez intentional fraud on the court, cover-up of their and Dr. John Siebert's crimes and schemes and tampering and rampant violations of an injunction and a gag order and obstructing justice, tampering and bribery. Joseph M. Burke, acting for himself, Siebert and in concert with Siebert, violated the injunction with impunity and through perjury and collusion deprived Jim Couri and others due process.
Burke is a criminal and a corrupt lawyer who has engaged in ex parte corrupt acts with referees and judges, all now documented. Burke's scheme has backfired on him and his bad-egg crooks as his acts have been confirmed by the evidence, phony transcripts, illegal motions, spoliation, fraud and collusion.
Keep lying, Mr. Burke. You are a disgrace and a criminal.
See Scamraiders for more proof of Burke/Siebert/Gomez ambushes, rail-roadings, collusion, corruption, perjury and contempt.