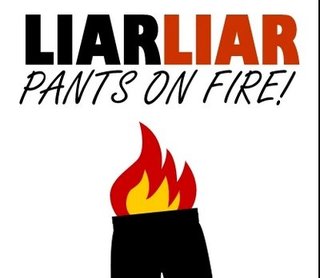 Allows Joseph M Burke to file barred, fraudulent, fabricated and condones illegal motions made by Joseph M Burke and John Siebert Md in a scam to railroad and defraud Jim Couri by a trickster contempt motion and condoning sewer-service, fraud perjury and tampering orchestrated by Joseph M Burke Esq.
JSC Paul Wooten has gotten himself into deep water-he has been caught lying, covering-up, tampering; forming unholy alliance with a litigant-lawyer Joseph M Burke Esq and issuing inconsistent illogical decisions without basis in fact or law. An outlaw and DOCUMENTED scheme to railroad Jim Couri and the rules of law and mutilate the rules of law and the US Constitution. Now Wooten and Burke try a new set-up to scam Jim Couri and derail fair justice.
After Wooten is caught lying he condones Joseph M Burke's scam of presenting 30 plus days late documents to support Siebert's barred contempt motion-in violation of an injunction-Burke, a documented perjurer and corrupt lawyer caught corrupting referee Jack Suter, concocts an outright fraudulent paper trail that is outright fraud. The correspondence smacks of probable ex parte communication as why the letter and fabricated filings now and relating to the bogus set-up ambush contempt of Jim. Wooten is on thin ice here as Burke's lies now have caught him and bitten him in the rear end. Jim never received the fabricated pleadings or exhibits from Burke and one post submission Burke had delivered to Jim was not at Jim's correct and current California address. A September 1, 2010 illegal pleading. Wooten's apparent rogue, bias and outrageous acts now causes Scamraiders to turn over these well documented corrupt-outlaw acts, judicial lies, deception, fraudulent inconsistent decisions and contemptible interferences into Jim's health-care to the FBI and other federal law enforcement who are and have been scrutinizing corruption in the NY courts, corrupt lawyers and bad-egg judges. Wooten is a absolute disgrace to the judiciary and is now sinking in the quicksand of greed, fraud and corruption of his and Burke/Siebert's own making.
See Scamraiders for related documents re this newly exposed Joseph M Burke and sex thief and vulture John Siebert Md