JSC Paul Wooten - 'what's good for the goose is good for the gander' - why are you writing decisions that are inconsistent, bias and without legal logic? 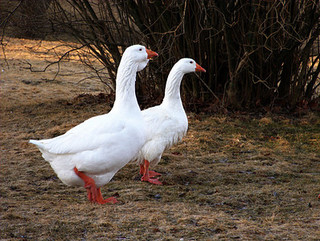 In the Jim Couri-John Siebert case, JSC Wooten reminds the parties that on 12-12-05, JSC Harold Beeler issued an injunction order. Such order PRECLUDED ALL PARTIES and JOSEPH M. BURKE, ESQ. from filing in any court any motions, lawsuits, complaints or any kind of proceedings without the parties seeking such permission by telephonic conference call with all parties on the phone.

From December 2005, the only person who complied with this order is Jim, who sought and obtained permission to bring a separate action against Siebert and his PC for a 2003 agreement, a case still pending. All other motions made by Burke, Siebert or Jim were made without obtaining this mandated permission.

Therefore, ALL such motions were improper and even if decided by any judge because of 'judicial error' by the judge not being aware or apprised of the Beeler injunction, all such motions and/or decisions were improper and must be vacated, set aside and dismissed. These are JSC Wooten's words, substantially in his recent decisions - except Wooten only targets Jim and not Burke or Siebert.

Wooten has ignored the injunction and its mandates as it relates to ALL motions made by ALL parties and Joseph M. Burke. This is highly suspect, bias and corruption at work - as Wooten surely can't pick and choose - the Beeler order enjoins all parties and Joe Burke. Thus, JSC Wooten, all motions and flawed decisions made or issued bypassing the injunctions mandates are improper and must be vacated, set aside and dismissed - not just Jim Couri's. Judge Wooten, you are fooling no one - it's time to follow the law and stop injuring Jim Couri by these and other acts of ambush and railroading

Would you send a family member to sex vulture Siebert for medical care? See Scamraiders