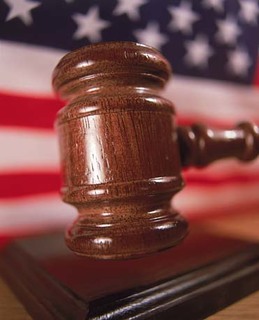 Judge Wooten engaging in yet more phony rhetoric deception mumbo-jumbo and hocus-pocus manipulating the rules of lay, failing to render proper orders regarding an injunction issued 12-12-05 which from that date bars all motions, and decisions arising out of all parties’ failure to seek permission to make such motions including lawyer Joseph M Burke----

Wooten seem hell-bent on rooking Jim Couri's $20million that perjurer Siebert unconditionally committed to pay-------JSC what about the law, releases and wavers of defenses --------

The good fairy is long gone Judge Wooten----so stop protecting a criminal Dr. Siebert who has raped, stolen and plundered many-----

Scams Inc./Scamraiders is dedicated to unmasking Wooten and the rampant corruption ongoing in the rotten 'big apple' courts contaminating the rules of law and the contaminating the reputations of honest judges who are forced to put up with the fixes and corruption----harming many ---------

With that this despicable judge Wooten continues to render his self-styled corrupt/fixed rulings/decisions spawned out of a soured liquor bottle on a dusty shelf in a Brooklyn 'back-room'--------fixes, fixes and more fixes------

Disgraced Dr. John Siebert is on his way to having his medical license pulled and he has been chased out of new york evicted out of 4 offices and 4 hospitals as a sex rapist and thief/pedophile, etc.-------

Wooten is a despicable disgrace, liar and a joke---he precludes Jim Couri's motions and ignores and 'lets-slide Siebert and Burke’s barred and illegal motions-----

Well judge if interstate fraud and a systematic audible ambush of lies and deceptions uttered by a judge over the phones in a court proceeding--a court ordered supposed-- 'status-conference'---where Wooten lies, tries to defraud Jim by outright fraud and deception, all caught on a legal tape, where Wooten scams Jim conning him into a 'argument' on a contempt motion that was illegal, made by burke in violation of injunction and Wooten tried a back-room set-up and ambush and bombards a sick self-represented Jim Couri over phones 3000 miles away in a hospital,------

Then tampering with a supposed court transcript is not sufficient basis for recusal we at scams Inc./Scamraiders belong in a funny farm-

Judge Wooten is a fraud and a corrupt judge we are sad to state.

-judge Wooten you made your bed---and your acts have disgraced yourself, Brooklyn, Gov Patterson and the courts-----the gig is up!!!

Wooten was forced by Jim's recent letter reciting the '60 day motion rule'--- into rendering decisions on motions that were about 10 mos old --so as part of a scam he now further ambushes Jim to whitewash Siebert and Burke’s corruption, collusion, bribery, perjury and tampering---judge the injunction of 12-12-05 by JSC Beeler enjoins ----all parties including Joseph M. Burke, Esq.-----not Jim Couri only and bars and precludes all motions made defrauding other judges----

Judge Wooten interstate frauds from a court are crimes------a sure-fire basis for recusal--------thy say 'you can take the boy out of Brooklyn, but you can’t take the Brooklyn out of the boy-------