Healthcare in the USA is a mess and in serious trouble. Believe it or not, much of this debacle has been caused by corruption, fraud and thefts from Medicare/Medicaid, frequently by doctors, lawyers, hospitals, defendant insurance companies, and lax and negligent State Courts. 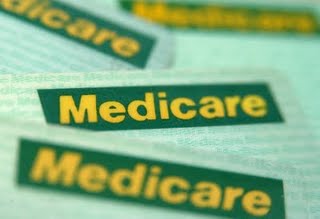 Scamraiders has learned of a series of scams ongoing for years that have cost Medicare/Medicaid, as well as other healthcare insurers, millions. We can put a stop to these swindles, and the Government can get this money back---plus penalties. In this scam revealed here, the culprits appear to be big insurance companies, unscrupulous lawyers, and negligent, sloppy State Courts. Here are some of the details. It’s no wonder why our healthcare is in such trouble. America’s professionals who swear to uphold the laws appear to be scamming Medicare for their own improper enrichments.

The Medicare Statute states that the Federal Government (the Medicare Provider) maintains an independent right of action and rights of subrogation regarding all sums it has paid and may pay in the future for medical care and treatment relative to all third party liability law suits and actions. There are severe penalties for non-compliance with this Medicare Statute. Negligence attorneys and medical malpractice attorneys, for the most part, appear to have failed to properly or at all comply with requisite 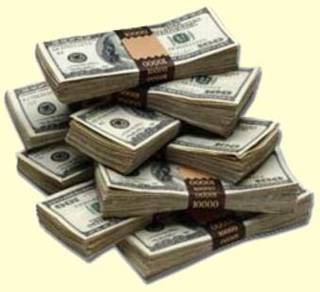 disclosures and mandated procedures involving either subrogation rights or equitable liens owed to Medicare. These apparent willful “two-steps” are perpetuated by lawyers who create self-serving releases, con and delude plaintiffs into signing statements who want and need the money---- and fail to disclose, and in fact cover up, the existence of Medicare liens to the plaintiffs. Thus, the attorneys get their contingency fees based on improper and often illegal Settlements/Recoveries that disenfranchise Medicare/Medicaid and independent insurers through fraud and deception.

Like it or not, Medicare/Medicaid et-al possesses liens on all medical malpractice or personal injury claims. Any and all sums that Medicare/Medicaid et-al pays out in good faith for medical expenses related to all personal injury or medical malpractice claims have to be repaid in full or such claims must be negotiated with the Government before any settlement sums are paid out to anyone else. Slick lawyers and negligent State Courts circumvent this requirement all the time. 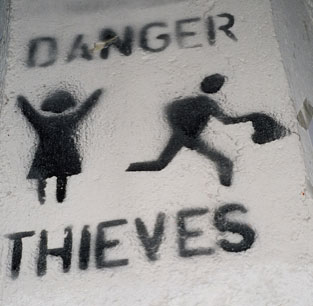 The result is our healthcare system has “gone to hell in a hand-basket” and we the people are suffering the consequences of this corruption and negligence. The fact is that all final settlements of these medical claims must include repayment to the Government of some or all of the Medicare expenditures. Properly, the defendant insurance companies if legitimate will often hold settlement sums in escrow pending resolution with the Government to protect their personal exposure.

Medicare has the legal and statutory right to also hold the defendant’s insurance companies financially responsible for paying any settlement or recovery sums thereby further insuring that the Medicare equitable liens are paid to Medicare’s satisfaction.

The scamming of Medicare by these means outlined here reveals self-interested lawyers and others. This corruption has added grave consequences to America’s Healthcare System. Lawyers are also required to correspond with Medicare/Medicaid and any private healthcare insurers, such as Blue Cross, Aetna, Kaiser Permanente, etc. involved in the case if they have paid for any medical care of a plaintiff. By doing this Medicare/Medicaid et-al personal rights of subrogation are disclosed and preserved. 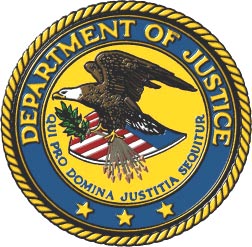 This disclosure must include the United States Attorney as the claims relate to Medicare, and the State Attorney General as the claims relate to Medicaid. These Government Agencies must also receive copies of all pleadings. It is illegal and malpractice if these healthcare insurers are not properly advised of all such claims in a litigation or a negotiated settlement of med-mal/negligence claims. If Medicare is not properly advised, very serious consequences, including fraud claims can arise against the lawyers and insurance companies insuring the defendants.

Stated otherwise keeping Medicare and the Federal Government in the dark is Medicare fraud and can also be construed as a crime. 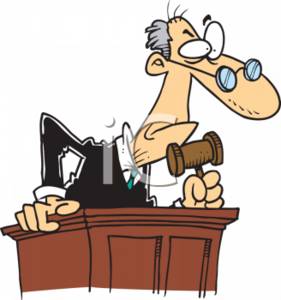 Attorneys are required to inform all involved persons of the existence of Medicare’s and/or other healthcare insurer’s rights and lien. Attorneys must also insist that all healthcare insurers be advised of the malpractice/personal injury claims asserted. If lawyers fail to properly advise healthcare providers of the pursuit of claims, and thereafter Medicare et-al learns that they were the victims of non-disclosure, the Government is empowered to recover double damages if payment is made for Medicare/Medicaid related items and these payments are not remitted to the Government.

Shady lawyers avoid these necessary disclosures because they are greedy and want their fees quickly and don’t give a darn about their client’s protection and rights. So these crafty attorneys do not properly advise their clients as to the obligations and rights of healthcare providers, in particular Medicare/Medicaid. Thus, the healthcare provider is deprived of its rights to recapture all the money it has disbursed on behalf of the plaintiff in connection with medical injuries that precipitated the case against defendants in the first place. Remember in Medicare/Medicaid’s case, this is our taxpayer money! 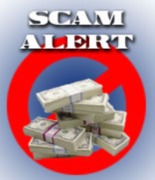 The failure to disclose by attorneys and defendant insurers are willful attempts to disenfranchise Medicare/Medicaid and Healthcare Insurers. Lawyers frequently scheme avoid these required disclosures because when Medicare intervenes, the case is removed from State Court to Federal Court, which doesn’t tolerate lawyer shenanigans. 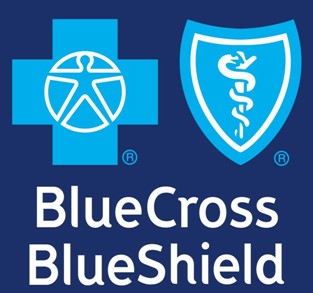 Lawyers and defendant insurance companies have a continuing personal liability to the US Government for the statutory Medicare liens if they failed to withhold sufficient money from settlement sums to cover any such liens. They also have liability to their client for failure to properly disclose to the client the existence of Medicare rights and rights of other healthcare insurers, such as Blue Cross/Blue Shield as they effect and relate to the case and any supposed settlement resolution. 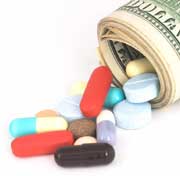 Medicare Intermediary Manual, part 111, sec 3419, outlines the process set up by the Government to negotiate and resolve Medicare liens. The problem is so many lawyers who represent clients in negligence and medical malpractice are lazy and simply want their money. Thus far, many have apparently gotten away with this illegal behavior because they count on the unawareness of their clients and the disinterest of the Court, and a Government that is overwhelmed with problems. So these shady type lawyers’ position is---- screw the Government/Healthcare-Insurers, and screw the client.

In order to recover improper payments made that circumvented the Government lien, the United States may bring an action against any or all lawyers, defendant insurers and persons receiving settlement monies that were required/responsible to make payments with respect to Medicare/Medicaid. The United States can and will collect double damages against any such entity or person who converted money rightfully belonging to the Government.

Don’t be deluded--- Medicare liens are perfected as soon as the proper paper work is filed with the Medicare Office and the Agency pays out any claim. There are no further steps needed to create the Government’s legal entitlement to settlement money received from any third party. Medicare also considers that all moneys recovered as a result of any med-mal or negligence injury claims to be related to medical expenses regardless of how they are characterized in court pleadings or settlement agreements. Council for the beneficiary must properly notify Medicare et-al so that Medicare et-al can stipulate to its claims.

Unfortunately, State Courts have it seems been negligent, ignorant or remiss in protecting Medicare/Medicaid’s Rights, turning a blind eye on being sure that Medicare/Medicaid and other healthcare providers have been properly/timely informed of the claims asserted in cases before State Courts, and/or any proposed settlement. Plaintiffs are also entitled to full disclosure by lawyers and probably the State Courts,

as to their legal rights, liens and moneys due because of Medicare claims that often, if not resolved, can be greater than any proposed settlements. The permitting by State Courts, “So-Ordering”, moneys to be disbursed arising out of these causes of actions or other settlement without following the required and statutory Medicare/Medicaid mandates can result in serious penalties and consequences. Why are State Courts seemingly continuing this slipshod conduct thus permitting slick shady lawyers and defense insurers to rip-off the Government for millions of dollars and ruining our healthcare system in the process?

Medicare is seemingly being disenfranchised by millions of dollars because of shady lawyers, lax insurance companies and negligent over burdened Courts. All of who are circumventing the required disclosure to the US Attorneys’ Office and State Attorney General’s mandates as to Medicare/Medicaid. Because of these acts the Government is left in the dark and thus cannot assert its rights to settlement sums and thus to recover money paid on behalf of the plaintiff/injured party. These antics involve more than tens of millions of dollars that the Government and healthcare system is annually being swindled out of.

Medicare should now take all steps to recover its money, plus damages and penalties etc--- all rightful sums that the financially depleting Medicare/Medicaid certainly could use. This rip-off is one of the many scams causing our Healthcare to be in disarray and out of hand. Medicare is going broke. Our healthcare in this Country is being swindled by the unscrupulous and negligent. This scam involving our healthcare appears to involve a systematic pattern of corrupt acts taking advantage of unsophisticated plaintiffs, perpetuated by larcenous type lawyers, shady defense insurers and sloppy and negligent State Courts. The result is that the Medicare et-al has become a “Goldmine” for looting by another series of manipulations. Please stay tuned-----

Medicare Liens: These are Subrogation Claims!

MEDICARE AND MEDICAID LIENS-SUBROGATION AND REIMBURSEMENT: AN OVERVIEW