DID THE NEW YORK UNIFIED COURTS TURN A BLIND EYE AND WHY?

Lawyer George Pavia
George Pavia Esq. a well-documented professional swindler and expert at the use of ‘buffers’ to hide behind, in 2007, recruited front-man Kenneth Gomez Esq. for this Pavia concocted heist. The take? ---over $230,000 of liened Medicare funds. The history of Pavia is a long and twisted paper trail of corruption, fraud, bribery, tax evasion and perjury (See: Scamraiders’ Archives). George Pavia’s psychiatrist, Arnold Hutchnecker, before his death, revealed that George suffers from delusions of grandeur coupled with an underlying inferiority complex. That said, Jim Couri describes George Pavia as a spiteful, greedy, lecher who turned to retaliation and extortion when Jim uncovered George’s corruption and tax evasions involving the Pavias’ townhouse at 18 E. 73rd St, NY by revealing the Pavias’ willful circumvention of Rent Stabilization.

In 2006, corkscrew George learned that Jim suffered from melanoma cancer and that Jim had retained council to pursue a case due to the misdiagnosis of his cancer and associated malpractice claims. It appears that George by 2006 had made his ‘pact’ with JSC Madden, the judge in NY Unified Court, who Pavia compromised in order to rid himself of Jim Couri and his Rent Stabilization Rights. Even though George had Judge Madden successfully taint the jury in the rental trial, it seems that George’s anger and revenge against Jim continued on, and George began his campaign to grab for himself, and his ‘boys’, Jim’s medical malpractice funds. Pavia joined forces with an ex-associate of Jim’s, John Siebert MD, along with Joe Burke Esq. and Kenneth Gomez Esq. 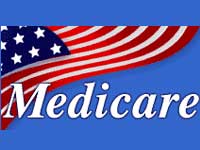 By the time Pavia began his med-mal scam, Jim had filed his cancer misdiagnosis lawsuit and lawyers Aaronson Rappaport Feinstein & Deutsch Esqs, Phil Lerner, and John Hunt (Marion Polovy) had appeared for defendants. Pavia, Siebert, and Burke had the beginnings of a ‘perfect storm’ for their next swindle. Siebert, a doctor who has been sued frequently and represented by Aaronson began his dirty work. Phil Lerner of Aaronson Esqs knowing of the Statutory Medicare liens, kept demanding Jim’s signing of Documents stating that Jim knew of no liens. Lerner was clearly bought-off by Pavia, as was Hunt/Polovy, as these demands were further ‘mirrored’ by defense lawyer John Hunt. Both lawyers were supposedly acting for themselves, defendants, and Insurers MLMI and PRI. Cash is a tempting incentive to engage in corruption. Jim’s Case should have been a slam dunk for Jim’s claims, as among other things, a NY State Department of Health’s investigation all but confirmed negligence on the part of defendants and a mislabeling of Jim’s pathology samples (the pathology doctor was Eduardo Zappi-Dermopath-Labs). (The dermatologist, Robert Berger MD, was represented by Hunt/Polovy). However, the supposed ‘Settlement’ was carefully manipulated and therefore ripe for theft by these co-conspirators. 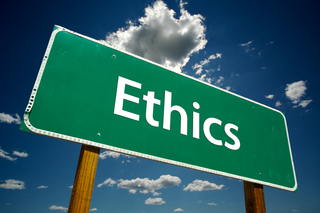 Eventually, Jim uncovered that George Pavia and Kenneth Gomez, as part of the swindle, had provided suspect documents to Hunt in order to discredit Jim. The scam began to gel in or about September 2008. Although at this time Jim was in cancer care in California and not aware of Medicare Statutory Liens on all the Med-mal recoveries, which are up to the amount of ‘Conditional Medicare Payments’ made by Medicare related to the money paid by Medicare and related to all claims &/or injury. Surely all lawyers know of these Medicare liens and the law of notification to MEDICARE SECONDARY PAYER RECOVERY CONTRACTOR, (MSPRC). Curiously, John Hunt/Polovy and Aaronson/Lerner demanded documents from Jim in contravention to Medicare Laws and mandates, stating that there were no liens. Jim became suspicious, refused to sign these bogus documents. It wouldn’t be until after the Court rendered its decision that Jim learned of Medicare Statutory Liens, which in his case was and is about $200,000.00---still due to MSPRC----now doubled, by Statute, and due to the Pavia-Gomez, et-al frauds. 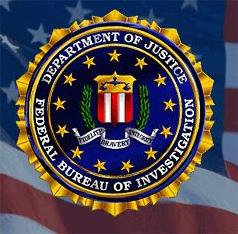 The greed and corruption further unfolded as the assigned judge, JSC Abdus- Saalam, a judge who supposedly disposes of thousands of Med-Mal cases in the Unified Courts New York County, never inquired about the obvious Medicare liens in Jim’s Case before her. Not knowing at that time about the requirement of Medicare Statutory liens, not only did Jim wonder why the lawyers insisted he sign false statements on documents, he didn’t realize that the judge should have also inquired about Medicare liens. Undaunted, and orchestrated by George Pavia, JSC Abdus-Saalam sadly turned her back on Medicare Liens and Jim’s wife’s Liens and issued Orders that in contravention to filed Liens and the Law, permitted Pavia--Gomez, to make off with Jim’s $230,000.00, circumventing Legally Secured Creditors, including Medicare. Interestingly, Judge Abdus Saalam within approximately two weeks after signing her Order giving away Jim’s and Medicare’s money, was elevated to the Appellate Division 1st Dept. A coincidence? Anyone observing this charade can wonder--- How can this happen? More significantly, how can this continue to happen in New York County Unified Courts---- for years constantly circumventing Medicare’s First Liens? Are these New York Unified Courts and Judges ignorant of the Laws or are they complicit in scamming Medicare for millions? And why does no one, up to now, launch a full-blown investigation into these Courthouse frauds on Medicare and MSPRC?

Kenneth Gomez, Esq.
Now back to George Pavia. Not only did ‘cheat-em-beat-em’ George steal Jim’s money involving his cancer illness, Pavia stole from Medicare, MSPRC with the scheming aid of defendants’ Insurance lawyers, John Siebert MD, Kenneth Gomez, and possibly the Court. Remember, Judge Madden, ‘working in the wings’, and all of the Unified Court Judges are ‘pals’---‘all for one and one for all’. This scam was too pat and too easy. It simply can’t be that a presiding Judge repeatedly signs Orders directing the disbursement of millions without being sure that Medicare Liens are satisfied. After all, these Medicare Liens are Statutory and Courts are supposed to follow the Laws. But do they? Stated otherwise, this ‘theft’ was a set-up, manipulated by greedy and corrupt George Pavia. Medicare fraud is a very serious matter. Please see the published Mandates of Lawyers and Insurers, etc., regarding Medicare and MSPRC, here and below. Medicare maintains its lien until paid. Failure to advise MSPRC and conversion of Medicare funds results in suit by the US Attorney seeking Double Damages and possible criminal charges if willful. Gomez, Pavia, Siebert and Joe Burke all know the law. They compromised many and formed alliances with Hunt, Lerner and others to rob Jim’s money---except they in their greed failed to deal with Medicare who has a lien of about $200,000.00 on this settlement. Now Pavia and cohorts will be chased for more than $400,000.00 plus damages, and possibly worse. Further, the negligence in the Unified Courts and the continued willful circumventing of MSPRC Liens involving tens of millions must be fully investigated. How many millions have been stolen from Medicare via the Courthouse? It is time to help the law and not the thieves. This is why Medicare is ‘broke’----CORRUPTION, and why we the public, and our healthcare are suffering the consequences. 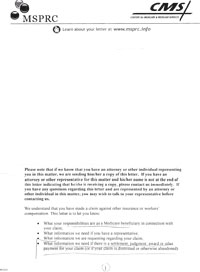