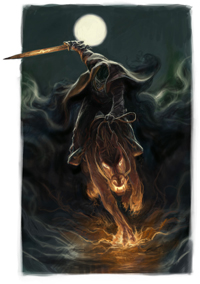 More fraud, extorting and railroading from trickster- sociopath Judge Paul Wooten of the New York Unified Courts in a deliberate and further scam of railroading of Jim Couri marks the Couri vs Siebert case as "trial-ready"--knowing that Jim is terminally ill, cannot travel and that Siebert has not submitted to any deposition, not produced records demanded and the bogus "note-of-issue' was vacated-Wooten displays arrogance, spite, greed and intentional bullyism, fraud and corruption not to mention that a related case 113512-08--Couri vs Siebert--- which was to be consolidated is far from trial ready

Scamraiders has just learned that trickster judge Wooten knowing that Jim Couri who can’t travel, is in California, has terminal cancer, underwent recent surgery and that no note of issue has been filed in the Couri vs Siebert case---marks the Couri vs Siebert case--107240/04--- trial ready------ yet another piece of evidence that Wooten has been compromised and is nothing more than a hired --hit-man--using his 'black-robes' to rob and plunder by fraud, deception and extortion-----

Judge Wooten what about the proof produced of Sieberts perjury, spoliation, suppression of his thefts from Wellpoint Blue Cross in concert with his office manager Nelsa Garcia and Diane Kleiman-----

What about all of these Burke/Siebert crimes Judge Wooten?

And that Siebert, Garcia and Kleiman are in the cross-hairs of the federal authorities for perjury, and thefts of healthcare funds from WellPoint and others by falsifying medical records and thefts of millions from insurers including thefts by Siebert and Burke of legal fees by fraud and false filings to insurers------------

Siebert has along with Burke engaged in fraud on the court and Mr. Couri ---not to mention their extortion-----

And possibly has bargained for among other emoluments---- a free 'face-lift ' compliments of rogue pedophile/sex pervert Dr. Siebert---

Why? Because Scamraiders has, with proof, exposed Wooten, Madden and others and the corruption and worse in the 'unified corrupt-house---aka Unified Courthouse, New York-------

No matter that Jim is terminally ill and his documented discovery is not complete, illegal decisions rendered, fraud abounds, larceny and corruption----

And no note of issue filed legally------------cram down Wooten thumbs his nose at the rules of law, fair-play and the U.S. and NY Constitutions and judiciary rules and regulations-------not to mention Wooten’s blatant disregard for federal codes, and interstate frauds and thefts of due-process and worse--------

Ostrich Wooten wants to murder Jim Couri by his extortion, threats and corruption----and in the process rob Jim’s money and constitutional rights------

Judge Wooten is a liar thief, a corrupt judge and a party to a massive RICO scam----we have the tape recordings that prove that Wooten belongs in jail with his part clerk Rubio along with the thieves that have bribed and tampered------

Judge Wooten, you ain’t getting immunity for interstate telephonic frauds robbing due process by corruption, lies and then tampering with supposed 'official court transcripts'--------

Let us not forget that we have all emails that establish that Burke bribed and tampered with thug- Referee Jack Suter and engaged in illegal ex parte emails with Suter who we have confirmed by independent investigation is a gambler, a thug, a corrupt referee and worse----this data from informants-----------

And Wooten’s cram-down further proof of this corrupt judges plot to disenfranchise Jim from his rights and by extortion, and harassment rob Jim of his fragile health-----it seems Wooten wants Jim dead as he has turned a blind-eye to Siebert-Burke-Gomez-Pavia's threats, extortion, harassments and threats of murder----witnessed in the case of Pavia himself, Gomez and Siebert----------

Wooten is a despicable sociopath, bully and a disgrace to the rules of law-------

The primary issue of course is that Wooten has displayed a blatant disregard for the law and for Jim Couri's terminal illness and severe cardiac disease---all confirmed by doctors affirmations, hospital and medical records--

Undaunted and in contravention to orders of Referee Bernard Fields discovery is not complete, the related case Jim's motion as to yet more flouting of discovery by Siebert/Burke is not resolved and the cases eventually must be tried together------

But unless Jim recovers, how can he be forced to conduct any court proceeding while he is in treatment in California for cancer, heart disease, gastro-intestinal disorders and other complications-----

Meanwhile Wooten has failed to recuse himself and has displayed spite, bias, fraud, ambush of Jim over interstate phones and has exhibited a disdain for integrity, the law and justice----

Wooten's acts reveal a judge who has been corrupted and who simply has no regard for the rules of law-----Wooten is plain and simple a fraud, a liar and a bully targeting a terminal self-represented plaintiff while trying to rob by acts of fraud, collusion and corruption $20million disgraced perjurer and health-care insurance thief sex vulture Dr. Siebert agreed to pay------stay tuned