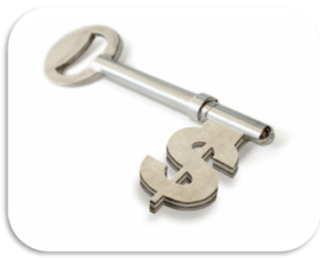 The Federal Bureau of Investigation just completed one of the broadest sweeps in history of scammers involved in mortgage fraud, according to a June 17th press release. The FBI caseload for these types of frauds has more than tripled in the last five years, and as a result the agency has now put in place over 75 Mortgage Task Forces/Working Groups to help combat the problem. The number of FBI agents devoted to solely investigating mortgage fraud has gone from 120 in 2007 to over 250 today.
The Federal Bureau of Investigation filed 67,190 Mortgage Fraud Suspicious Activity Reports in fiscal year 2009, representing over $1.5 billion in losses. This was only the activity reported to and followed up on by the FBI. A study by the Prieston Group showed that total mortgage fraud accounted for $4 to $6 billion in losses annually.

By the end of the first quarter 2010, the number of Suspicious Activity Reports filed with the FBI was already almost 30,000. Hopefully, this means that more victims are reported the scams, but chances are just as likely that the fraud is continuing its growth.

This is a nationwide problem, which is the reason the FBI has so many different tasks forces to fight the problem regionally. Some of the states one would expect to be hotbeds of this kind of activity are definitely problematic, but the list of top ten states for mortgage fraud also offers a few surprises.

The latest numbers on this kind of information were collected in 2008 by the Mortgage Asset Research Group. Their report showed that states suffering from significant mortgage fraud problems were, in reverse order: Colorado, Missouri, California, Michigan, New York, Maryland, Georgia, Illinois, Florida, and the state that topped their list at number one - Rhode Island.

If the recent FBI sweep is any indication, the types of fraud used in these mortgage-based schemes and the sophistication of the con artists behind them vary as greatly as the origins and financial situations of the victims. Whether rich or struggling, successful businessman or recent immigrant, the paths taken by both the victims and perpetrators in the recent rash of mortgage fraud is a melting pot of American proportions.

One of the first successes the FBI had in stamping out a major player in the mortgage fraud game came early last year.

To an outsider, Metro Dream Homes appeared to possess all the qualities of a successful company. Its top executives kept a fleet of chauffeured-town cars in constant use as they made their way from lavish homes to business seminars and charitable functions. The company used impressive advertising and fancy live presentations to sell their “Dream Homes Program.” Unfortunately, the only people dreaming were those who invested the scam, over a thousand victims who collectively lost over $70 million.

The Dream Homes Program promised to pay homeowners’ mortgages for a significant upfront fee that would then be used to invest in many sure-fire business ventures, but the program was pure fraud, another Ponzi scheme. The five people who made up Metro Dream Homes have all been indicted, one has already pleaded guilty while the others await trial, and the details which emerged while they were before the grand jury are illuminating.

Between 2005 and 2007, Metro Dream Homes held lavish seminars and live presentations to market themselves. These fetes were often conducted in posh hotels from Washington, DC to Beverly Hills. During these seminars potential investors were introduced to the Dream Homes Program.

The Dream Homes Program started with the victims investing at least $50,000 by refinancing their existing home or purchasing a new home at an inflated price. Metro Dream Homes promised to make the monthly payments, so they claimed fears that the mortgages were too high were unfounded.

Furthermore, Metro Dream Homes assured potential investors that the entire mortgage would be paid off within 5 to 7 years using only the returns on the initial investment, at which point they would own equal equity in the house. The returns would be generated by their initial investment, less a $5,000 administrative fee, being re-invested into Automatic Teller Machines, electronic kiosks selling telephone calling cards and the like, and flat screen TV displays featuring commercial advertisements.

According to a story on the FBI’s website, “in the end, it was a classic Ponzi scheme: the proceeds from later investors went to pay the mortgages of earlier investors.”

The kiosks, ATMS and TVs were incapable of generating any significant revenue. The five defendants, however, were treating themselves to $200,000 yearly salaries, luxury cars and other perks like a trip to the 2007 Super Bowl.

The five are facing long terms for multiple counts of fraud, conspiracy and money laundering charges. Before the scam was busted up, though, they were able to bilk thousands of “investors” out of over $70million dollars. Not only were the victims taken for their initial upfront fee, once Metro Dream House stopped making the mortgage payments, the victims were on the hook for the inflated monthly mortgage payments.

This was a high-profile bust for the FBI and it really opened the floodgates for their future endeavors to bring down the growing threat of mortgage fraud. Operation Stolen Dreams, the FBI’s latest wide-scale attempt at confronting mortgage fraud, which was undertaken with oversight of President Obama’s interagency Financial Fraud Enforcement Task Force, has shown great success in hunting down these bad guys and putting them behind bars.

Next week, we will look further into the various types of mortgage frauds exposed and brought to justice by Operation Stolen Dreams, and the scope of different types of victims and scammers involved in these mortgage schemes will be obvious. In addition, tips will be provided on how to avoid becoming a victim of mortgage fraud.