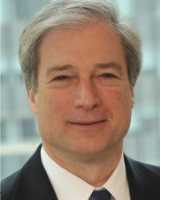 George Pavia, Esq.
Ted Kohl, a close pal of none other than manipulator/faker George Pavia, is presently a guest of the State of New York serving about a 7-year sentence at the well-known prison Sing Sing. Kohl is there for a second round of crimes involving extortion, money laundering, tax evasion, fraud, and who remembers what else. Kohl and his contracting firm Herbert Construction Inc. supposedly did some renovation work for the Pavias triplex apartment at 18 East 73 St., NYC.

When Jim Couri (a tenant at the Pavia building and Scamraiders Founder) filed for Rent Stabilization, landlords George and Antonia Pavia had Ted Kohl sign about four false Affidavits, alleging Kohl/Herbert non-existent renovations to the Pavia building. No evidence of payments from the Pavias to Kohl or Herbert Construction was ever produced. The DHCR (Division of Housing and Community Renewal) in New York City found the Pavias and Kohl to be liars and declared the Pavias’ building Rent Stabilized.

Enter Judge Joan Madden. The Pavias and their lawyer Jay Itkowitz began their “handiwork” filing a false claim of a leak in New York Supreme Court, not in Landlord Tennant Court where such claims normally belong. Why? Was it Jay Itkowitz’s long-established “relationship” with Judge Madden? It appears from the outset Judge Madden was compromised 100%. The Decisions issued by the Madden Court in the Pavia/Couri proceedings prove beyond any doubt that Madden distorted the Rules of Law and “put a round peg in a square hole”, condoning suppression of evidence, perjury, fraud and worse. JSC Madden conducted a better “stick-up” than John Dillinger.

When Jim sought to conduct a deposition of Ted Kohl, to prove Kohl and Pavia’s lies, Judge Madden denied Jim’s request without any basis in fact or in law. Because Landlord

George Pavia exhibited odd behavior with elitist comments, harassing maneuvers and continuous lies with delusions of grandeur, Jim sought to have him psychiatrically examined. Again JSC Madden denied the simple request. Although Jim had documented George Pavia’s strange actions to Judge Madden, undaunted, Madden made her own rules of law. When George Pavia admitted in his deposition that there were no bills or evidence of any damage from the bogus claim of a “leak”, Jim moved to dismiss the claim, at which time Judge Madden denied Jim’s motion and then allowed the Pavias to amend their claim to “nuisance”, claiming that faxed letters to Pavia’s office were nuisance----far beyond the basis of the “Nuisance Statute”. Was the Court on a headhunt?

How does a presiding Judge (Madden), who swore to abide by the rules of law, insulate a jailbird-perjurer and a proven lying, manipulative landlord? As they say---“Money talks”?!! Putting it bluntly, based on the puzzle of the Court Files, Judge Madden’s Orders, and the relevant Laws: it looks like the Madden Court was sold to George and Antonia Pavia; with the bidding, it seems “brokered” by Kenneth V. Gomez Esq, Jay Itkowitz Esq, and others------not the rules of law or the supposed integrity of the Unified Court System. Judge Madden ---it is not time to get your head out of the sand and for you to do the honorable thing? ----let you conscience and Oath of Office be your guide. A Judge should not tread on the legal rights of any citizen of the United States of America in order to serve the interests of others by circumventing the law. Stay tuned.

A Contractor is Indicted in Kickbacks