Carmine DeSapio
Shocked? You should be -- it’s sickening, but true. If you believe that many of these “Honorable” persons in black robes who sit in positions of judicial power in New York Unified Courts are honorable, then you believe in the Good Fairy. First, consider just how a judge got to sit at that “bench” in the Courthouse. A State Court judge position is usually “appointed” by the Democratic or Republican “Old Boys Machine” that handpicks an individual who is willing and able, when told by their “crony” mentor, to dance to their tune. These selections have little to with the qualities we public assume are prerequisites for the installment of a judge -- honor, qualified background, and integrity. Rather, it is sadly based on whether the “inductee” is a “company man”. Tammany Hall, Boss Tweed, and Carmine DeSapio’s spirits are alive and well----you can bet on it. Take a look at some of the Scamraiders Archived Articles listed below if you want to learn more. Just remember---you can’t be confronted with a corrupted judge without a crooked rogue adversary lawyer and his bribing client.

The New York State system of judge selection is a pathetic disgrace, as recently revealed by Federal Judge John Gleeson. Please see: Scamraiders Archive Judge Gleeson Article also below. The New York Court system is archaic and a transparent disgrace, filled with cronyism, favoritism and worse. It is an opaque and undemocratic process, not based on credentials and qualifications, but based on deal-making and “back-scratching”. Even if there is an “election”, it’s also is a joke, with the candidate usually unopposed. The Political Machine at work. Fortunately, the Federal Court System has real judges whose placement criteria is vastly different than the State Courts, with a full and transparent selection and vetting process.

All that said, when you are confronted with being on the wrong end of a corrupt lawyer and a fixed case, you are trying to win against a stacked deck. You may ask---“how do we know?” We at Scamraiders over the next few months will show you what to look for so you can be guarded against a fix, tampering, and corruption--- a set up to cheat you and deprive you of fair due process. These State Courts and many, not all, of these judges are similar to the mafia----it is a club and they cover for each other. Thank God for the judges that run a truly honest courtroom. There are some who won’t succumb to the “old-boys” lust for underhanded corrupt deals. As you probably know, the law can be manipulated like the stock market, and these State Court judges have no compunction to do whatever is necessary to deprive you of a level playing field if you are the target of a fix. The reprehensible aspect of all of this is that these judges have immunity and can get away, for now, with most all of these corrupt antics. There are hundreds of litigants who have figured out that they have been screwed by these puppets with gavels. If 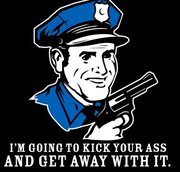 these State judges are given their “marching orders” for those who are on the “fixed side” of the contract, the malleable black-robed weaklings who succumb to corruption and bribes will let the “client” and lawyer get away with most anything. They will and do turn their backs on perjury, suppression of evidence, fraud, assaults, threats, and worse. They will manipulate real evidence or ignore it. They can and will derail justice to your detriment at every turn. The supposed judges that engage in these corrupt acts have no conscience----it is like a hit-man---do the job, get the cash, and move on to the next score. And if you think you can get solace through a NY Appellate Court -- don’t try. They are a part of the same “Club”. You will only waste your time and money. The answer is---don’t get angry, get the goods and get even---via the Federal Courts, Investigators, and Federal Law Enforcement----but get the hard proofs ---FIRST. With RICO you have time---so long as the evidence of obstructions of justice continue------see RICO.

Scamraiders has had investigators and others spending months putting the pattern of fixed court cases, judicial machinations, and suspect “odd-ball” decisions into a logical pattern. It’s about like assembling a puzzle. However, the picture is not a pretty one and certainly not for the faint of heart. So over the next month we will begin a series of exposes of specific situations, facts and evidence. This will reveal certain State Court judges, lawyers, court referees and others, and their illogical, illegal, and what smacks of corrupt, bias and outright ‘wacky’ decisions that, in part, reveal, manipulation, condoning of fraud, tampering, suppression of evidence, and bribery, etc. At the end of the day, the further that some of these New York Court judges, lawyers and court referees indulge these illegal practices, the clearer the pattern becomes and the puzzle makes a picture of more than “preponderance of evidence”. Scamraiders has been contacted by many victims of State Court injustice and we are determined to continue to unmask the dark side of just what’s going on in an Institution that’s supposed to be “justice for all”.

Far too many injustices are being perpetrated under the guise of justice and honesty by the New York State Courts where for a few bucks “under the radar” lives, homes and families are being ruined. Corruption and bribery must stop, and the system of judge selections must be fair, open and transparent.

Finally a word of thanks to the many who have provided Scamraiders with information and details about New York Court and lawyers’ bad deeds and corruption. Please keep your info coming. Remember--- in unity there is strength.
New York State Supreme Court Chambers Information

CRONYISM AND WORSE - The Unified Court System New York or the Cosa...

“HONOR” -- HONORABLE -- Then why absolute immunity for judges?